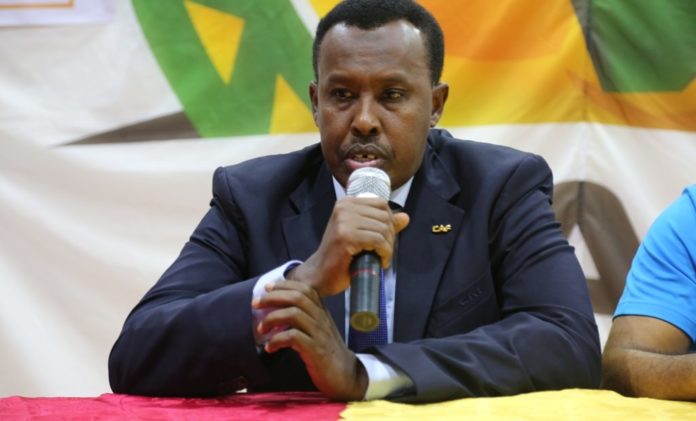 The president of Somali Football Federation, Abdiqani Said Arab, has been appointed on the executive committee of African football’s governing body CAF.

Mr. Arab got his appointment into CAF after CAF president Ahmed Ahmed made the selection during CAF executive committee meeting held in Cairo, Egypt on Thursday.

He will serve as CAF’s executive committee member until the end of his current mandate in 2021.

“On behalf of my name and the names of the president of the nation Mohamed Abdullahi Farmaajo and Prime Minister Hassan Ali Khaire, I congratulate Somali Football Federation president, Abdiqani Said Arab on his appointment into CAF executive committee. I also take this opportunity to commend CAF president Ahmed Ahmed for his commitment to the development of football in Somalia” Federal minister for youth and sports Honourable Khadija Mohamed Diriye, said in a statement on Thursday.

“This is a high profile position that Somalia hasn’t had for the last 15 years and I am very pleased to hear of the news that Somali Football Federation president Abdiqani Said Arab, is now serving as CAF executive committee member” said Haji Mohamed Ahmed Olow, the Ocean stars playmaker in 1960s”.