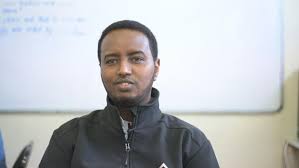 Cape Town – While acts of violence against local and foreign-owned businesses erupted in Gauteng this week, a Somali business initiative to foster better relations is gaining traction in Cape Town.

The Spaza Business Course in which Somali shop owners and South African entrepreneurs share business skills, tips and tricks of the trade is also aimed at addressing xenophobia.

“Change has to start somewhere and it is possible to change attitudes and mindsets,” said the Western Cape head of the Somali Association of South Africa, Abdi Kadir Mohammed.

Mohammed said the association recognises that xenophobic tensions have roots in the economic situation in the country, the high unemployment rate, inequality and social conditions.

“The frustrations of South Africans have reached boiling point. But at the same time we recognise that the informal economy can play a big role in improving the lives of ordinary people and boosting the economy,” he said.

Entrepreneurship is deeply woven into the fabric of Somalis and this is the primary business principle behind Spaza.

“We are not experts, but I believe that we need to demystify some of the myths and disinformation about Somali business owners and in return Somalis have come to better understand South Africans through the dialogues and workshops,” said Mohammed.

Started in 2016, the business course is, according to Mohammed, a platform to also talk about challenges faced by foreign nationals in addition to being an attempt to foster an integrated approach to business.

“Most of us arrive here with odds stacked against us but we have a desire to make a living and use our ability to sell anything from sweets to snacks as street vendors to gradually advancing to owning a small business. Somalis are entrepreneurs – it starts from a very young age. We don’t look to the government to create jobs. And we do contribute to the local economy,” said Mohammed.

In the absence of government or other external financial support, the Somalis forge partnerships to help each other start businesses, with trust being the golden thread that runs through.

Their business ethic is to offer services at hours convenient to customers and a discipline of delayed gratification.

“South Africans can do much more, they have an advantage here. So during our workshops we all explore those opportunities and share information,” Mohammed said.

Most foreign nationals live and operate their businesses in the townships and informal settlements.

“Most people believe that we make huge money out of the businesses. We don’t. For us it’s a survival skill. And we have come up with innovative ways to make products affordable to customers, taking into consideration their socio-economic circumstances.”

Despite the harassment of foreign nationals from Africa, Mohammed strongly believes that pan-Africanism will be achieved.

“We are shot, killed, injured, but we settle and make home among our own – in the townships. That’s where we fit and belong. We are Africans,” said Mohammed.