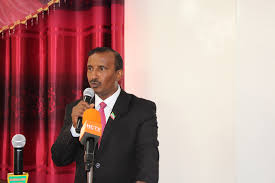 Your Excellency Mr. President, UNITY IS AN ESSENTIAL INGREDIENT THAT CEMENTS PEOPLE’S TOGETHERNESS AND SENSE OF NATIONHOOD OF ANY GIVEN NATION. UNITY bridges up civic relations and creates an environment that fosters a sense of belonging, civic duty and citizenship. THE UNITY is the corner stone that promotes mutual confidence, understanding, social cohesion and trust among citizens.

On the contrary to what the UNITY ENTAILS and its civic values; Division, Disagreements and Dissension are the breeding ground and power sources that create mistrust, conflict and confrontation among country’s citizens.

Mr. President, if you look closely at the current state of affairs in Somaliland, it seems that our citizens are increasingly becoming polarized on economic, social and political aspects. The root cause of dissension, mistrust and conflict among Somaliland citizens is the tribalism trend within our society. The tribal mindset is actually the main obstacle that holds back every level of societal progress.

The experience has thought us that our country is not entirely free from tribal cleavages and clan-based conflicts. The sequences of the recent tribal-conflict clashes in eastern regions of Somaliland provide a glimpse of how these conflicts are draining, undermining and wane the state authority for intervention and maintaining peaceful civil order. Apart from external antagonist forces; THE TRIBAL CONFLICTS AND CLAN BASED POLITICS are the greatest dangers that adversely challenging the hard-won peace, stability, democracy, economic and social achievements and the nation building miracle of the last 28 years.

Mr. President, as you may aware, it is difficult to solve our county’s problems by using the same kind of thinking or approach when the problems arose. It is also difficult to predict the social, political and security dynamics within our society; particularly at the current digital revolution and media-sensitive world which has led to a more aggressive and unpredictable situation.

Mr. President, I believe you are fast learning that holding the highest office in our country brings heavy responsibilities and compromises. Further, I have no doubt that you have an awareness of humanity, sensitivity towards the hopes and aspirations of your own people. Somaliland public welcomes your political will to combat injustices and economic disparities in our country. However, as says goes, certain laws of a country sometimes sleep, but never die! Considering the depth of challenges and the complexity of issues that currently exist in Somaliland, they need new vision, new thinking which comes from mindset, attitude, effective communication and the ability to negotiate and building consensus.

The UNITY is what binds all country’s citizens for cooperation and collective actions towards optimal and sustainable social and economic development. The UNITY is the Only Cure to Heal Our Nation. UNITY is the only way to live in peace and harmony in our society. Therefore, THE UNITY AMONG SOMALILAND PEOPLE MUST BE SEEN AS AN OBLIGATION WITHOUT OPTION!