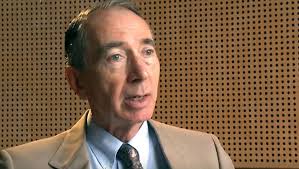 Washington- Prof David Shinn asserted the reference to social engagement (cultural, academic, sports, and trade) seems harmless enough, but, If Somaliland officials think “social engagement” with Somalia is a bad thing; they can prevent it or end it if it works against Somaliland’s interests.

Full excerpts of the interview happened as follows;

Q- As final communique of Somaliland and Somalia dialogue issued? What is your intake? Given Somaliland populace alarmed some of the points included like social engagements?

I see the joint Communiqué as a positive first step on a way to move forward.  There apparently was no agreement on substance, but rather on the process for dealing with substantive issues.  The reference to social engagement (cultural, academic, sports, and trade) seems harmless enough.  Are Somalilanders really concerned about sports, educational, and cultural contact with their colleagues in Somalia?

Q-What is the point Somaliland and Somalia dialogue, if already IC prerequisite union between duo?

If Somaliland is irrevocably committed to total independence, there probably is little point in dialogue between Somalia and Somaliland unless Somaliland thinks it can persuade Somalia to accept its independence.  I don’t believe there is agreement in the international community on a precise final result.  There are also potential compromise solutions such as confederated status for Somaliland whereby it maintains considerable autonomy.

Q-Is it Somaliland interest to have dialogue with Somalia, if the latter, never allows its sovereignty?

I have always argued and continue to believe that the question of recognition of Somaliland should be determined by the African Union.  At the same time, if dialogue between Somalia and Somaliland can reduce tension or even solve some smaller issues temporarily or even permanently, that is a good thing.

Q-Doesn’t Somaliland leaders reverse their engagements with Somalia, if isn’t foster populations aspiration? Or there is IC coaxing?

I think Somalilanders are reading too much into social engagement concerns.  Somaliland leaders can decide what is and what is not in their interest.  I don’t think the international community is in a strong position to force Somaliland how to proceed.  If Somaliland officials think “social engagement” with Somalia is a bad thing, they can prevent it or end it if it works against Somaliland’s interests.