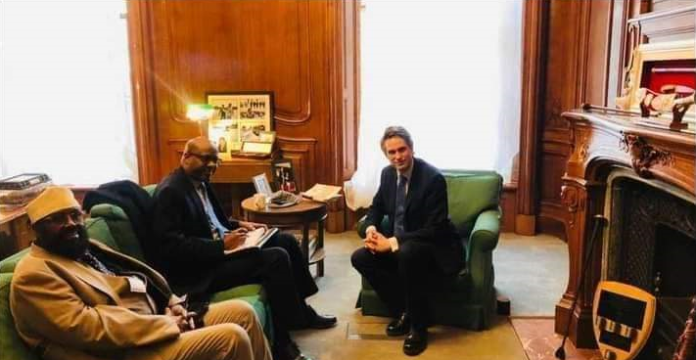 Hon. Qasim Sulaiman, a member of Somaliland House of Representatives has become the first official to offer face-to-face congratulations after a debate in the House of Commons to Rt Hon. Gavin Williamson, the MP

MP Kasim, who is one of the lawmakers of The Somaliland House of Representatives and currently in London is a member of the WADDANI Party from the Sool region.

The meeting of the two parliamentarians comes at a time when the people of Somaliland last week demonstrated in support of the UK House of Commons debate on recognition that took place in all the cities and districts in Somaliland.

Lawmaker Mohamed Rambo had previously congratulated Williamson on his debate and called on the House to support it.

Somaliland’s recognition debate in the British parliament has been widely highlighted in the international media. It has now been succeeded by petition signed by more than 10 thousand Somaliland Diaspora in UK on the same cause to be forwarded to the British