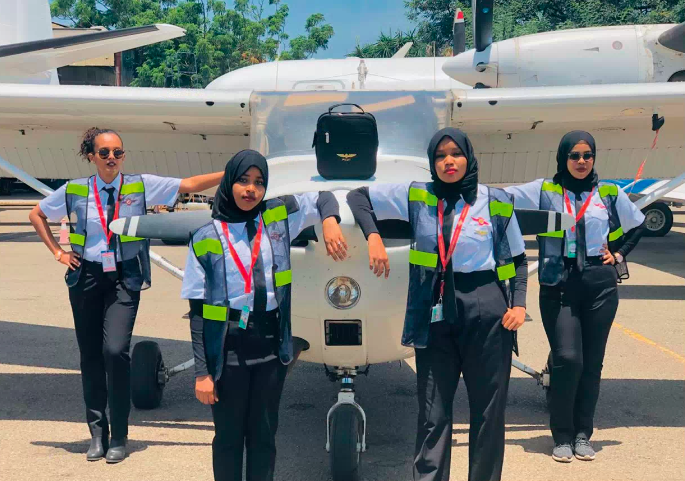 New routes and new planes are all part of a more ambitious new vision for the country’s airline. Five years after its revival, Air Djibouti seems to be out of the restructuring phase and is starting to take off, as its Director General, Abdourahman Ali Abdillahi, explains

How would you assess the airline’s progress since its relaunch five years ago?

Air Djibouti was relaunched in 2015 and I have been in this job for two and a half years. Progress has been made from the operational standpoint and regarding the airport itself.

As far as the airline itself is concerned, we have bought new planes, the personnel has been trained, and new routes have been opened up, including Aden, Mogadishu, Addis and, since 2 January, Jeddah. We will be adding Dubai, Nairobi and also Cairo in the near future.

We anticipate having two more routes by 2025, Paris and London, to meet the needs of the diaspora, principally the Comorian community in France and the Somali community in London.

What are your near-term goals in terms of developing business?

We want to create a hub that will act as a platform to connect the Horn of Africa. In this respect, Djibouti is well positioned in connecting the markets of the COMESA regional block. By adding new routes, we will be able to build our passenger numbers, as well as give them direct access to Jeddah and Dubai, where we see a lot of traffic involving people from the region.

By providing direct access to a hub like Dubai, we are effectively connecting Djibouti to Asia and the Middle East. For Aden, we have just obtained a licence to operate daily flights. By the summer, the period when there is the most traffic, we will have secured our slots for Nairobi and Oman, with an expected 240,000 passengers this year.

Concerning air cargo, Djibouti is already the platform for Yemen, especially for international organisations such as UNICEF and UNESCO – as well as the US, for carrying cargo to Somalia and Yemen.

That is why Djibouti has created infrastructure within the airport in terms of warehousing and other logistics services. We are also extending a cargo route to Istanbul and Jeddah. These are some of the big projects we are working on.

Air Djibouti is effectively an airlink to complement the existing connections provided by the port, the railways and the roads?

This ‘sea-sky-land’ strategy covers both passengers and goods. The idea is goods destined for Uganda, for example, can arrive via the port through the free trade zone, and then be flown to Kampala by Air Djibouti.

How important is the cargo business?

Cargo already represents over 55% of our business. For 2025, we have set ourselves other objectives for both passengers and goods. We are working very closely with the free trade zone, which is destined to become the biggest on the continent, in order to ensure a vital air link.

That is why Air Djibouti is busy training pilots. We are also in discussions with Airbus to buy two additional A320s to complete our fleet that already includes two Embraer 145s, two Boeing 737-500s. an Airbus A320 and a Boeing VIP B727-251. A country like Djibouti has so many opportunities – it is up to us to seize them.

To accomplish this, you’ll need a big team of trained personnel?

We have put the emphasis on training, because an airline cannot develop without properly trained staff. We have young people in training and we are also setting up a maintenance centre for the planes. Some engineers have just returned from China. And I would like to point out that we have five women pilots, a first for Djibouti!