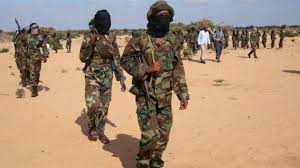 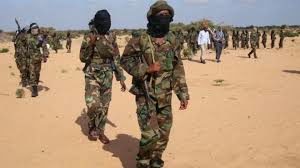 A study of Shabaab’s attacks from the six-month period between Oct. 2017 and April 2018 provides insights on the main areas of operation, capabilities, and tactics for al Qaeda’s branch in East Africa. Shabaab has managed to launch 418 attacks of different types during the six-month timeframe in support of its persistent and ongoing insurgency against Somalia’s weak central government and allied African Union forces.

Of the 418 attacks, 75 percent took place in southern Somalia, with 30 percent occurring in and around the capital of Mogadishu. Four percent of Shabaab’s claimed attacks took place in the neighboring country of Kenya, which has increasingly become a battlefield over the past several years.

Shabaab has used military assaults in nearly 40 percent of its claimed attacks. IED or roadside bombings made up 24 percent of Shabaab’s attacks. Shabaab used suicide attacks in just over two percent of its operations.

The target of Shabaab’s operations is predictable: nearly 54 percent of its attacks focused on the Somali National Army (SNA) and aligned militias, while 28 percent targeted the African Union Mission in Somalia, or AMISOM.

The information was gathered from Shabaab’s monthly operational reports. In total, 418 claims were compiled for this study. Out of these, only 167 claims (roughly 40 percent) were verified by independent sources, meaning that 60 percent cannot be confirmed. Moreover, Shabaab does not often release photo evidence for many of its attacks, further complicating verification.

Based on the nature of the insurgency and the relative scale of some claimed attacks, FDD’s Long War Journal assesses Shabaab’s claims to be credible. That said, Shabaab often inflates the numbers of killed or wounded in its operation, so data regarding casualties was left out of the study. Shabaab’s statements still indicate the types of operations and claimed areas of operation of the organization in East Africa.

The claims were broken down into categories of “types of operations,” “targets,” “locations,” and “regions.” The Somali military and police, as well as the Puntland Security Forces and intelligence, were combined into “Somali Security Forces,” while the Somali intelligence agency, NISA, remained separate. Attacks on Somali government employees or buildings were categorized under “Somali government.”

Additionally, African Union forces, or AMISOM, and claims regarding SNA joint patrols with US Special Operations Forces (SOF) each had their own categorization.

Of the total 418 claimed operations, 125 occurred inside Mogadishu and its suburbs. The next highest was Afgoye with 28, followed by Bosaso (22), Baraawe (19), Qoryoley (17), and Beledweyn (16). Many claims also took place in or near Merca, Mahadaay, Kismayo, Hosingow, and Baidoa. The rest were sporadic claims in various locations across Somalia and Kenya.

The central Somali regions of Hiran and Mudug, which is in the semi-autonomous Puntland region, had a combined share of 39 claims. Further north in Puntland, the Bari region saw 23 claimed operations, the majority of which were in or near the capital, Bosaso.

Sixteen claims took place inside Kenya, with the majority in Mandera County. However, Lamu, Garissa, Wajir, and Tana River Countries also had Shabaab claims. All but three were able to be independently verified.

The most common type of operations were assaults, which consists of clashes, raids, and military assaults, with a total of 166 of the claims. This was followed by IEDs (101), assassinations (67), and then attacks with hand-grenades (43). Shabaab also claimed five public executions of its own members for alleged spying, which were coded under “internal attacks.” In nine instances, the jihadist group claimed capturing territory, which is under “ground offensive.”

Unsurprisingly, the overwhelming majority of claims (224), were against the Somali security forces, while AMISOM was the second most targeted entity with 117. The Somali government was the next highest with 23, which was followed by NISA (19). Several claims were against joint SNA-US SOF patrols or US personnel directly. Three of these instances were reported by local Somali media.

Only one claim specifically named a pro-government militia, the Ethiopian-backed Liyu Police. The militia mainly operates in Ethiopia’s Somali and Oromia regions but it also conducts operations inside Somalia both independently and alongside Ethiopian troops. Population centers, or towns taken over by Shabaab, targets within Kenya, and claims against its own members make up the other claimed targets.

Shabaab emerged as the major jihadist group in Somalia after its predecessor, the Islamic Courts Union, was defeated by a US-supported Ethiopian offensive that began in late 2006. After Ethiopian forces withdrew, Shabaab took control of Mogadishu and many other major cities and towns in southern and central Somalia.

Shabaab has been resurgent in Somalia since losing ground to a combined African Union (AU) and Somali offensive in 2011. The jihadist group has slowly but methodically retaken several towns and villages that it lost in both central and southern Somalia – often after AU or Somali forces withdrew. In addition, Shabaab remains a potent threat against both African Union and Somali military bases in central and southern Somalia. It also retains the ability to strike within heavily fortified areas of Mogadishu, as seen time and time again.

The al Qaeda branch also remains a serious danger inside northern Kenya, where it has undertaken several assaults and improvised explosive device attacks and even increased its operational tempo there last year.

The US military has targeted Shabaab’s network throughout all of Somalia since 2006, when it began supporting the Ethiopian offensive. Several senior al Qaeda, Shabaab, and Islamic Courts leaders and operatives have been killed in the campaign. US Africa Command began ramping up the air campaign in 2017 after the US government recognized that Shabaab remained a threat to the United States, and noted it continues to run training camps in areas under its control.

The US campaign has not had a major effect on slowing Shabaab’s insurgency. Shabaab continues to control rural areas and small towns in southern and central Somalia despite military operations by the African Union and the Somali government.