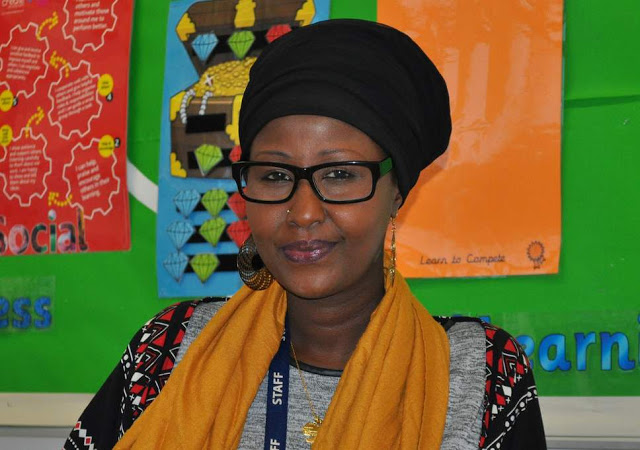 A survivor of female genital mutilation has described how her family threw a ‘party’ the day she was maimed to make it “feel like Christmas”.

Sexual health nurse and activist, Hoda Ali, who now lives in Britain, was ‘cut’ aged seven at her home in Somalia, before she was sewn up so tightly she was left with “a hole no bigger than the head of a matchstick.”
The child’s clitoris and labia were also chopped off by a traditional ‘cutter’, leaving her screaming in pain and so badly injured that she now cannot have children.
Speaking in Channel 4 documentary 100 Vaginas , Hoda said: “So the morning I had FGM it was like Christmas to me.
“Imagine being seven-years-old and having a massive party where you know there’s a woman coming to do your henna, and another woman coming to do your hair. It was amazing.

I felt the needle going in, and after that everything just went quiet.

“They stitched it all the way down until they left me a little hole that is no bigger than the head of a matchstick.
“She looked at me and said to me ‘now you are a woman’.
“That was the first time I got a watch – so every time I look at the watch, I think of those days.

Once the local anesthetic was coming out of my system, I was burning, I remember screaming and just crying.

Hoda said that she feels lucky that she was administered an anaesthetic before the procedure, as many girls in Somalia, where an estimated 98% of females are ‘cut’, receive no medical care.
Complications from the mutilation left Hoda frequently hospital-bound from the age of 11 to 17, robbing her of much of her childhood.
She said: “My period was accumulating inside and it wasn’t coming out.

FGM took away my childhood. I was never that girl playing outside with her friends or going to go to the cinema with my friends.

Through tears, Hoda said: “And it took away my chance to be a mother.
“Now I will never know what it is like to carry my own child.
“All of that was taken away to prove to my future husband that I was a virgin.”
Hoda has now had a successful FGM reversal operation and she said that she has a ‘really nice sex life’ and can orgasm.
But although she has tried IVF with her husband, their first cycle resulted in miscarriage and Hoda almost died when her organs began to shut down due to complications, leaving her in intensive care for four weeks.
Doctors have now warned her that attempting IVF again is too dangerous.
Female genital mutilation (FGM) is a procedure where the female genitals are deliberately cut, injured or changed, but where there’s no medical reason for this to be done.
It is usually carried out on young girls between infancy and the age of 15 across parts of Africa, Asia, and the Middle East.
It is illegal in the UK and is child abuse.
Hoda suffered type three FGM, which is one of the most severe types. Her clitoris, labia minora and labia majora were removed before she was stitched up so tightly that the hole was too small to allow menstruation blood to pass easily.
Now she campaigns to end the barbaric practice of FGM.