In April, Muslims formed Islamic council independent of any political influence or affiliation

ADDIS ABABA, Ethiopia—More than one million people gathered in and around the Addis Ababa stadium for Eid al-Fitr prayers on Tuesday.

The Muslim festival of Eid al-Fitr was celebrated across Ethiopia — a country hosting the largest Muslim community in Sub-Sahara Africa after Nigeria. Muslims account for 34% of Ethiopia’s more than 100 million population.

In April this year, Ethiopian Muslims formed Islamic Affairs Supreme Council that is independent of any political influence or affiliation after decades of political interference in religious affairs.

“Eid means joy,” said Mufti Haji Umer Idris, the newly-designated president of Ethiopian Islamic Affairs Supreme Council. “It is double joy as this time around the country’s Muslims have been unified.”

“We are celebrating this Eid with peace,” the mufti said thanking Ethiopia’s Prime Minister Abiy Ahmed who after coming to power in April last year freed members of the Muslims’ arbitration committee who had been jailed for demanding religious independence.

Abiy, Africa’s youngest leader, has also directly involved in mediating the various sects and helped in bringing together a new independent Islamic council.

“Many good things that had never been done before in the history of the country are happening,” the mufti said.

Hajji Abdelaziz, president of the Addis Ababa city’s Islamic Affairs Supreme Council, for his part announced that “in an unprecedented move by the city government, the Majlis [the council] has already received 10 site plans for construction of Mosques.”

“We will also soon get approval of seven places for mass prayers,” he said.

On Monday, the prime minister joined youths from the Ethiopian Orthodox Church’s Sunday school in cleaning up spaces in and around the Addis Ababa stadium in preparation for Eid prayers.

Takele Uma, deputy mayor of Addis Ababa, said his administration would do support the city’s Muslims in their development endeavors. 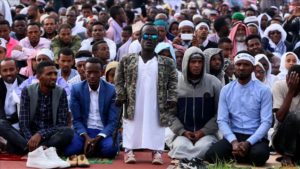 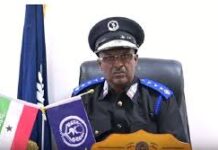 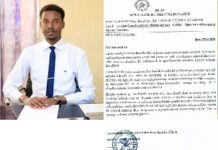