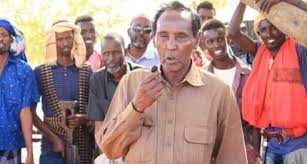 A renegade commander who is leading a faction of Somalia’s army against Hirshabelle regional state said that troops loyal to him seized of the town of Baladwayne in the central province of Hiran.

Hut said his troops captured of the strategic town after a fighting with government troops reinforced by Hirshabelle regional forces in the village of Qowlad, some 15 km north of the town.

Hiran governor Ali Jayte accused the rival troops of attacking troops dispatched in an attempt to carry out operations aimed at flushing out Al Shabab and of having links with insurgents controlling large parts of territory outside the regional capital.

Huut dismissed claims and said they are against Hirshabelle state, adding that they would form another regional government for Hiran region.

Protests against fighting and Hirshabelle authorities broke out in Baladwayne on Sunday and regional governor imposed a dusk to dawn curfew, though it has not come into force.