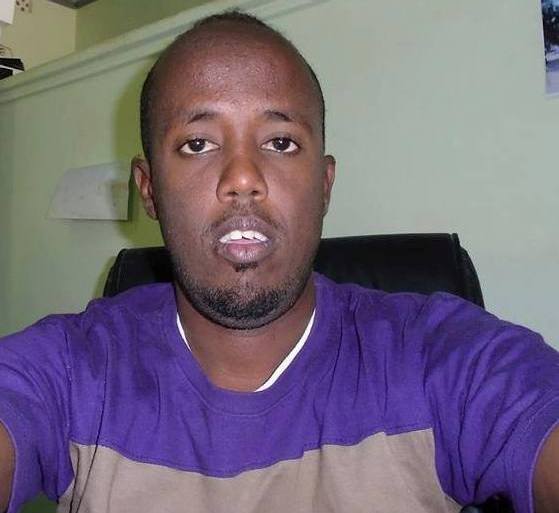 Somali Journalists Syndicate (SJS) calls for the Puntland authorities to respect the press freedom and detained freelance journalist Mohamed Said Yusuf be freed from the jail in Garowe.

The journalist was arrested on 13 July, 2019 after he received a call from Nugal Police Commissioner; Colonel Abdihamid Mohamed Dirir who asked journalist Yusuf to appear at the police station in person, for questioning about an interview the journalist conducted a day earlier with a local elder which was deemed critical to the Puntland government.

The journalist was transferred to the Garowe Central Prison the next day on 15 July, 2019.

The police also arrested Abdullahi Mohamed Jibril, whom the journalist interviewed, according to a document received by the Somali Journalists Syndicate which dated on 14 July, 2019. In the interview, elder Jibril criticized Puntland authorities over their move to block Prime Minister Hassan Ali Khaire’s visit to Galkayo North early this month.

According to a document issued by a judge at the Nugaal Regional Court’s First Degree, the police was granted 15 days to remand the journalist and the elder in custody ‘to complete investigations’.

In the same court letter, the police mentioned that they would charge both detainees on four articles of the Somali Penal Code among them criticizing the people and the nation publicly.

Somali Journalists Syndicate (SJS) is particularly concerned about reports indicating attempts by the police to press unfounded charges, in apparent attempt to intimidate the journalists and the media and silence them through legal means.

Somali Journalists syndicate condemns the acts of intimidation, harassment and continued detention against the journalist and calls for his unconditional release.

”It has come to our attention that Puntland authorities are employing new tactics to criminalize the media profession and silence its critics through unfounded charges,” Abdalle Ahmed Mumin, Secretary General of the Somali Journalists Syndicate (SJS) said,”Freedom of the press and the freedom of expression are core factors to developing a democratic and healthy society and the Puntland authorities should respect these constitutionally granted freedoms and set free the journalist for good.”