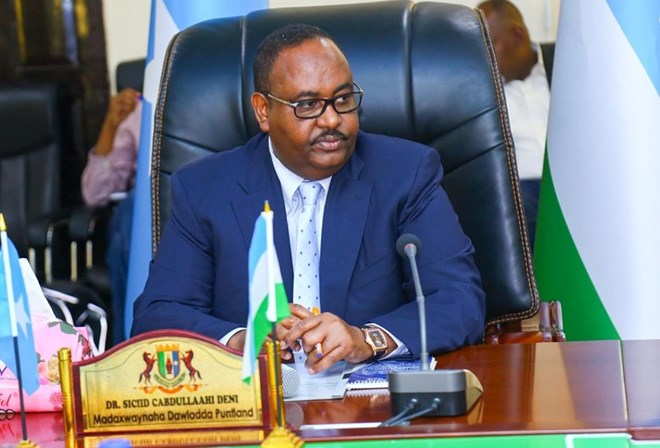 Puntland President, Saed Abdilahi Deni on Monday has dismissed Police Commissioner. Brigadier General Muhyadin Ahmed Muse was sacked through a presidential decree according to a press release from the presidency. The President has relieved their duties from two deputies of the police chief. Deni has appointed Brigadier General Abdi Hassan Hussein as the new Police Boss. The other deputies that have lost their posts are Mr. Bile Farah Ali, the first deputy police commissioner and the third deputy police boss, Ahmed Mohamud Ali. The reason for the dismissal of the police commissioner is said to be associated with police force reforms. Deni has blamed lack of enforcement from the police of Khat ban over the fears of the spread oCovid-19 pandemic.