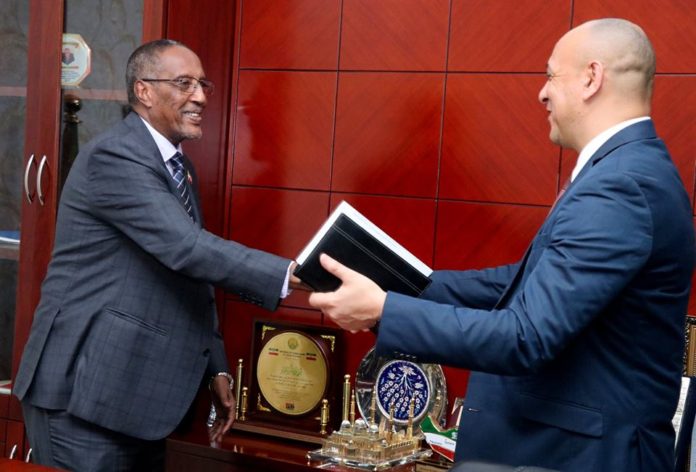 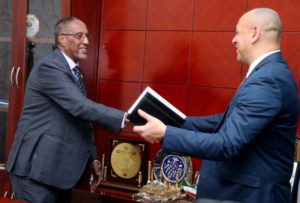 The Head of State H.E Musa Bihi Abdi welcomed the US deputy envoy to Somaliland and Somalia Mr.Michael Dale at Hargeisa presidential palace. The closed door meeting which took several hours concerned the Horn of Africa region, strengthening of democratic institutions and development of Somaliland.

This is according to the president spokesman Mr.Mohammud Warsame Jama who spoke to Somaliland News Agency (Solnanews.com) on telephone said the president discussed with the American ambassador about the Tukaraq war and his ardent endeavor to restore peace in the hamlet.

“They talked about the situation of Tukaraq village in Sool province of Somaliland which Puntland administered region of Somalia is laying claim even though Tukaraq lies inside Somaliland sovereign border. They also discussed the continuation of the cease fire which Somaliland has accepted to implement for the respect of international community.” The presidential spokesperson said.

The president and ambassador Michael discussions also touched on the commencement of the Somaliland/Somalia talks which have stalled. The envoy praised the president for his good leadership and the development of peace which Somaliland has succeeded in economic prosperity.” Mohammud revealed.