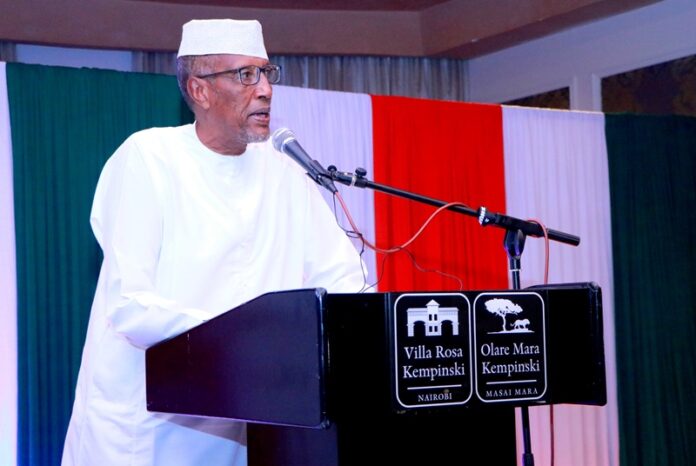 President Musa Bihi Abdi has publicly spoken for the first time since he travelled to Kenya to have a meeting with his Kenyan counterpart, Uhuru Kenyatta.

President Bihi reiterated that the world should understand that they are not separatists and breaking the int’l law but withdraw a failed union to restore the sovereignty they lost in 1960 after they united with Italian Somaliland to form the greater republic of Somalia.

Bihi said: ” We want to clarify for the int’l community that Somaliland is not a separatist or breaking away region which is breaking the African Union Charter but SL withdrew from the failed union between Somaliland-British protectorate and Italian Somaliland in 1991″

President Bihi has described as shame the int’l community which has rewarded the recognition to Somalia which failed to govern its country and disregards Somaliland’s recognition.