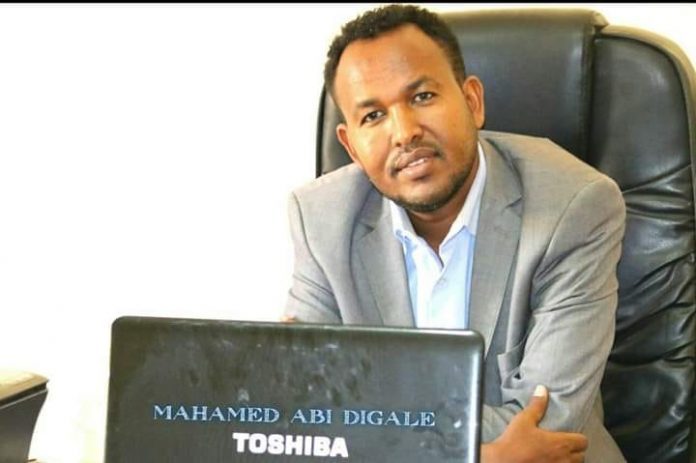 Police detained the director for Universal television, Mr. Mohamed Abdi Digale last night in Hargeisa.
According to the television staffers, security forces frogmarched the director from his office while on duty and discharging his daily day operations.
The reason for the detention of the director remains unknown as far as the situation is concerned.
He is currently in custody at Criminal Investigation Department  (CID) Headquarters in Hargeisa.
Media associations and the government of Somaliland have not so far issued a statement clarifying the apprehension of the director.
Freedom of press in Somaliland has deteriorated as media organizations have put the blame on the gov’t which intimidate, harass and jail local journalist without following legal procedures fr their arrest.