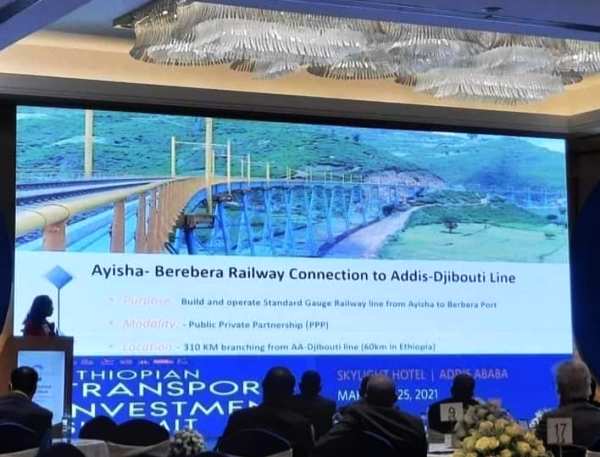 The Government of Ethiopia has revealed plans for a new railway line linking Ethiopia to Somaliland. This was disclosed in a meeting held in Addis Ababa which the Ethiopian gov’t is considering the creation of a rail link between the two countries. Head of Ethiopia’s Road Investment Authority, Dr. Frehiwot, said that the project is in the early stages of conceptualization, and is now working on the feasibility study. The new rail line project between Ethiopia and Somaliland will link the cities of Aysha to the port city of Berbera, Somaliland which Ethiopia depends on its import and export. The proposed rail link entails the construction of 310 km long whereby 60 km of the rail will be in Ethiopia while 250 Km will run through Somaliland. The funds for the project is estimated to be around 1.5 billion US dollars for its realization. Ethiopia, which is a landlocked country will have a new gateway for its import and export goods. The new railway will connect to Djibouti-Ethiopia railway built by the Chinese government. It is not quite clear if Somaliland is fully cooperating with its neighboring country for the new rail line.