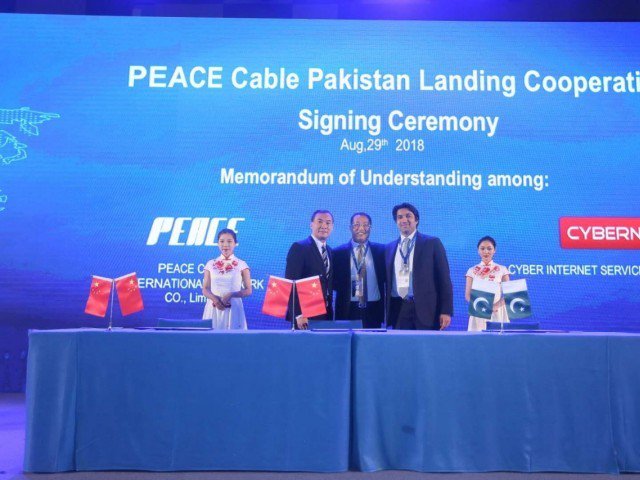 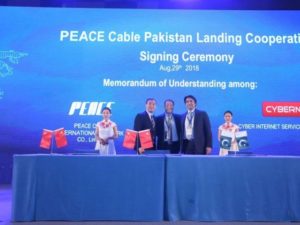 Remaining landing party agreements will also be signed within the next two weeks, representing a key milestone in the delivery plan which includes the permit application work in each country.

Geographically, the PEACE cable will connect the three most populated continents in the world: Asia, Africa and Europe with backbone connectivity in Pakistan, Djibouti, Egypt, Kenya and France providing critical interconnection to Asia, Europe, and Africa economic corridors.

Based on the shared vision of trust, cooperation, and win-win, several parties are committed to building an “Open System” concept to an efficient way for improved latency, high-capacity, and carrier neutral bandwidth services for regional customers.

Sun Xiaohua, chief operating officer of PEACE, said, “After nearly two months of consultation, the cooperation and negotiation between the PEACE and landing partners has been completed. Thanks to all the partners for their support and I hope that PEACE will bring added economic value to the region in the near future.”

Danish A Lakhani, CEO of Cybernet, said, “We are excited about working on the PEACE project and the numerous benefits that the PEACE Cable will bring to Pakistan and its digital economy. In addition to providing much needed redundancy to Pakistan’s internet infrastructure and reducing latency to Western destinations, this ultra-high capacity cable will usher in a new era of affordable Gigabit services in the country. Furthermore, as a carrier neutral cable system, it will enable other telecom carriers, ISPs, CDN and content providers to extend its benefits across the spectrum of Pakistani society.”

Mohamed Assoweh Bouh, general director of Djibouti Telecom, said, “Djibouti Telecom’s objective is to strengthen its regional Hub position, the crossroad of three continents, Asia, Africa and Europe. PEACE and DARE shall collaborate to achieve the digital and economic transformation of Republic of Djibouti.”