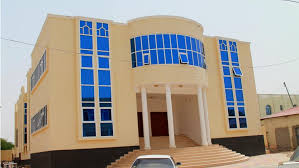 Somaliland Parliament has renewed its lease of life for the sixth time extending its uninterrupted stay for 17 years defying local and international pleas.

In what has become a convenient tool to settle political scores and silence dissent, the House of Elders (Guurti) cast a majority vote (70/71) Saturday adding itself 3 years and dolling the Lower House a 2 years extension.

The vote effectively makes Somaliland parliament one of the longest-running in a democracy in the world. Children born when the current parliament was elected in 2005 are past eligibility age to vote.

The first elections after 2005 were 2010 but that deadline came and passed and new elections were set for April 2013. But there was then a delay on grounds that the parliamentary elections needed to be aligned with the presidential one.

A new date, September 2015 was set but then another excuse arose-the electoral commission was not prepared to conduct the exercise. Endorsed without question, Parliamentarians were in again for the tenth-year drawing salaries from the exchequer from a blank cheque.

March 27, 2017 was the decisive date when international partners notably the EU which had invested in preparations for the polls held hope the break-away region would finally agree to put to test its legislators. But there was yet another convenient and timely excuse- the drought.

International donors had poured in money to Somalia to avert a looming famine and the EU saw no reason for electoral delays.

“As international partners made clear this week in Hargeisa, the drought should not be used as an excuse for putting the democratic process in Somaliland on hold,” the EU said in a statement January 27, 2017 following the announcement the March 2017 polls would be postponed.

“Somaliland’s reputation and credibility will suffer another severe blow from this decision. Somaliland stands at risk of losing the international attention it has enjoyed until now from committed international partners by virtue of its status as a budding democracy,” the EU warned.

The warning yielded no results and even thoughts Somaliland would accede to it in the hope of getting favorable outlook for its quest for international recognition faded out.

The elections were extended to October 27, 2018 and later to March 2019. But when the March 2019 deadline approached, Somaliland polls body made a prompt statement in November 28, 2018 indicating the expected exercise would be put off until further notice.

SNEC chairman Abdikadir Iimaan Warsame told the media in Hargeisa the polls body was forced to adjust the dates following time constraints and pressure from the opposition. The opposition Waddani had expressed lack of confidence in the electoral body.

Come November 2019 and there’s a push and pull between the opposition and the government over the composition of Somaliland National Electoral Commission. Waddani hits the streets, demos erupt, its officials arrested.

As if to forestall further political instability, the Elders (Guurti) pull what they know best- we take three, Lower House two.