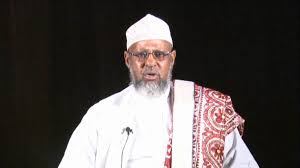 The permanent committee of Somaliland House of Reps. summoned the religious affairs minister, Sheikh Khalil in a bid to grill on issues concerning the lyft tobacco which has been recently seen in the markets across the country.

The chair of the committee, in an address to the media after wrapping up the meeting.

He said that they interrogated the minister on the lyft tobacco and the impact of public consumers as well changing cultures of Somaliland youth.

They also inquired about the body of foreign national who was recently cremated in the capital of Hargeisa.

The chair has said that the minister has provided full detailed answers.

SL religious affairs minister also said that Islam does not favor any kind of stuff that is harmful to the well being of the public.

He said: ” I was summoned here today to lift the fog on two overriding issues. The first is about lyft tobacco and what the Sharia says about it. We have told the committee that Sharia does not favor any thing that poses health related risks to the public.”

The chair of quality control agency confirmed that lyft tobacco was imported into the country in accordance with the law.

He also said that the agency checked the quality and its standard if its fit for human consumption.