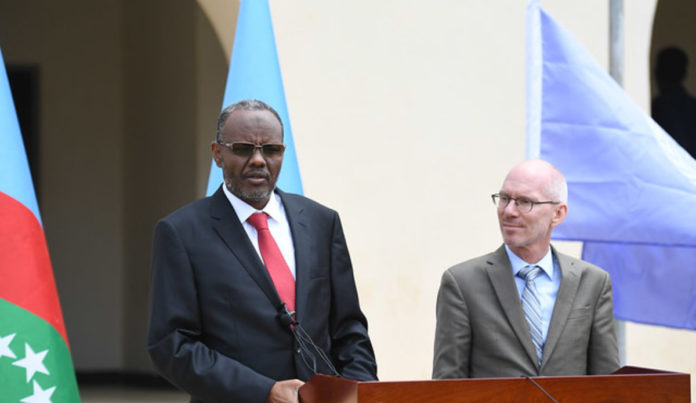 Baidoa, July 18 2019 – On his first visit to South West State since taking office, the new United Nations envoy to Somalia emphasized the importance of “good relations” between Federal Member States and the Federal Government.

“I don’t want to leave this occasion without underscoring a message that I have delivered in every one of my visits, and that is the message on the need for good relations between federal member states like South West State and the federal government,” the UN Secretary-General’s Special Representative for Somalia, James Swan, said in a joint media encounter in the state’s capital, Baidoa.

“This kind of relationship between the center and the FMSs [Federal Member States] is absolutely vital for delivering services and good government to the Somali people and it’s a message I have conveyed in Mogadishu and in all the FMSs that I have visited,” he added.

Addressing journalists in the same media encounter, President Laftagareen said their discussions focused on security, humanitarian assistance and the political situation in the region.

“We had constructive discussions with the Special Representative James Swan,” President Laftagareen said. “He pledged the continued support of the UN to the region and upscaling of the humanitarian and development programs for the benefit of the people of South West State.” 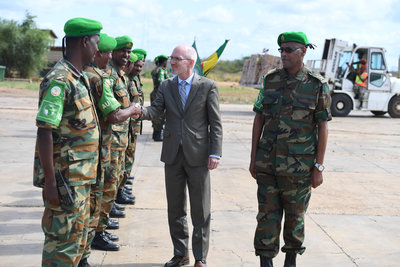 “Part of the reason I’m here is to help strengthen our collaboration regarding political, capacity building and humanitarian activities in addition to economic development and state building efforts,” Mr. Swan said.

Baidoa hosts the second largest number of Internally Displaced Persons (IDPs) in Somalia after Mogadishu. IDP figures reached 329,000 in January this year, putting a heavy strain on the town’s capacity to host and provide critical services.

“We also want to tell and assure the people of South West State that the UN family is striving to respond to the needs of South West people so that we can have a real positive impact in addressing the multiple challenges the state faces,” Mr. Swan noted.

The United Nations is implementing a wide range of activities in South West State. They include the construction and rehabilitation of centres for former members of violent extremist groups, helping the regional administration address demands caused by internally displaced persons and supporting the African Union Mission in Somalia (AMISOM) and Somali security forces to improve security in the region.

While in Baidoa, the UN envoy also saw first-hand some of the de-mining training provided by the UN Mine Action Service (UNMAS) to AMISOM troops based in South West State, and met with senior AMISOM officials and members of the United Kingdom’s Somali National Army Support Team. 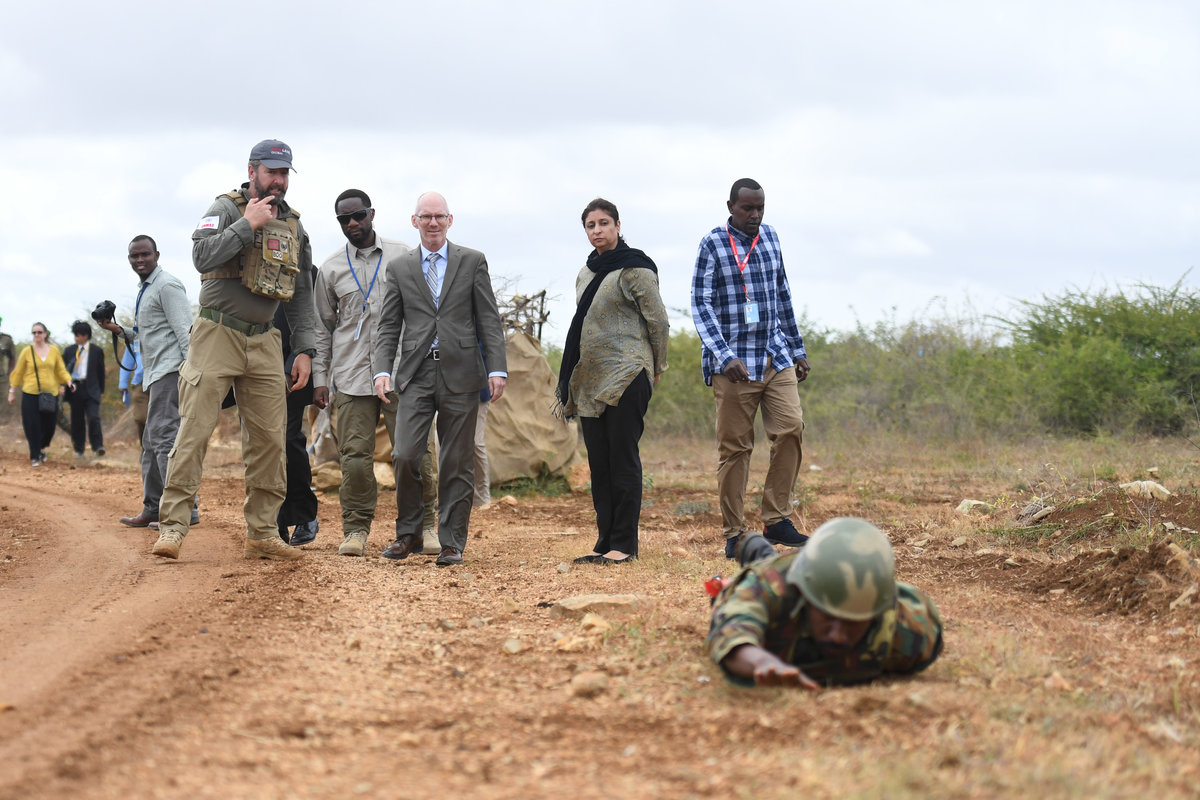 Mr. Swan has been visiting Somalia’s Federal Member States since taking up his post in late June. Today’s visit follows trips to Puntland, Jubaland and Hirshabelle.

He was accompanied to Baidoa by senior officials from the Office of the UN High Commissioner for Refugees (UNHCR), the International Organization for Migration (IOM) and UNMAS –Takeshi Moriyama, Dyane Epstein and  Qurat-Ul-Ain Sadozai, respectively.