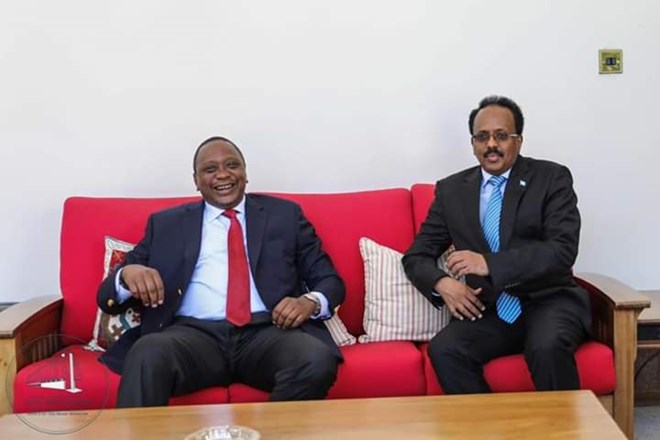 Johannesburg – Despite the intervention of Ethiopian Prime Minister Abiy Ahmed, Kenya and Somalia have failed to settle a maritime border dispute which has spiked diplomatic tensions between them.

Mogadishu will instead wait for the International Court of Justice (ICJ) to rule on the dispute as opposed to Nairobi’s demand for an out-of-court settlement and reversion to a map agreeable to both sides, the Business Daily reported.

Somali President Mohamed Abdullahi Farmajo and Ahmed arrived in the Kenyan capital Nairobi on Tuesday night for talks with Kenyan President Uhuru Kenyatta but endeavors to resolve the dispute failed. Kenya released no details of the discussions and nor was a joint communiqué issued.

The maritime border dispute has been simmering for years, negatively impacting relations between the two countries. On February 16 Kenya recalled its ambassador to Somalia and Mogadishu subsequently followed suit by recalling its own ambassador.

Despite the inability of the two sides to resolve the dispute following Wednesday’s talks Farmajo’s spokesman Abdinur Mohamed Ahmed said the leaders had agreed to send their respective envoys back as a way of “restoring relations”.

According to a 2014 Somali suit filed with the ICJ at the Hague, Kenya has encroached on its 100,000 square-kilometre marine territory in the Indian ocean which holds possible oil and gas deposits.

Mogadishu contends that the boundary extends to the south-east as an extension of the land border. This would incorporate a large swathe of what Kenya considers its Exclusive Economic Zone.

Despite their ongoing dispute, the two countries are inter-dependent with the Somali economy reliant on Kenya’s while Somalia is a major market for Kenyan goods.