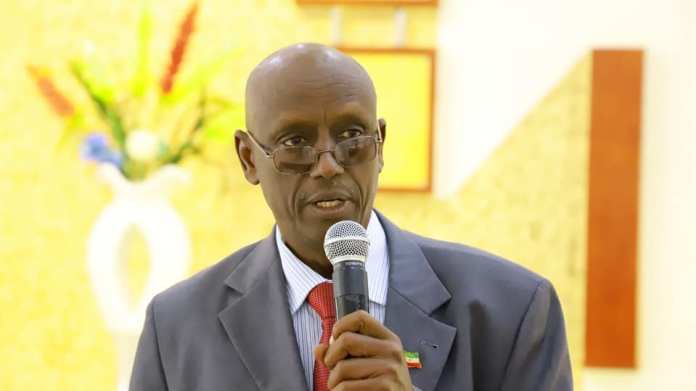 The National Electoral Commission is training the elections returning officers for both regional and district levels.

The coaching of the officials on the electioneering process will be in phases, whose initial stage has already been started, is on-going at Awdal, Marodi-jeeh and Sahil regions in the said locals.

The next phase will see the officials (at both regional and district levels) in Togdher Sanaag and Sool regions being trained.

The exercise, which kicked off yesterday January 30, 2021, is part and parcel of the electioneering processes, whose rigorous chores are tailored to meet the challenges of seeing to it that free and fair elections are conducted in the country, to fruitful conclusion.

The elections has been slated to be held on the 31st of May where-upon all the stakeholders have welcomed it.