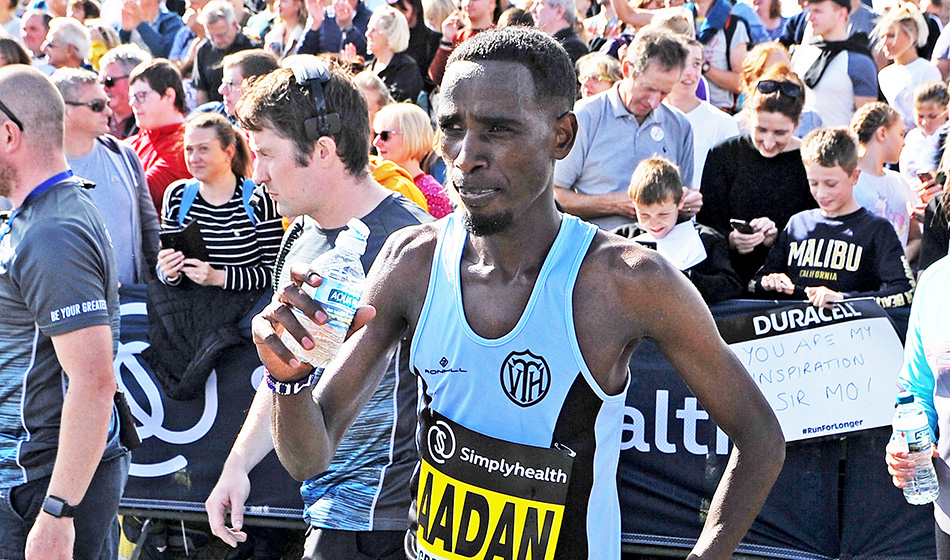 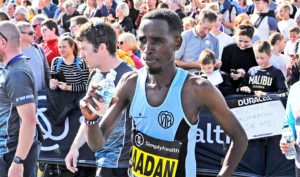 The big story of the Simplyhealth Great North Run was Mo Farah capturing his fifth successive title. But a few minutes behind him another Somali-Brit called ‘Mo’ was also making an impact.

Mo Aadan, 28, was born in Somalia and moved to the UK at a young age – just like his famous namesake – and in the 13.1-mile race last month from Newcastle to South Shields he finished second Brit home in 63:59 in ninth overall as Farah clocked 59:26 to win.

Yet Aadan feels he can run faster at the Commonwealth Half Marathon Championships in Cardiff on Sunday because part of his build-up to the Great North Run was interrupted by illness.

“I was out for six weeks training in Kenya,” he says. “The first three weeks went well but I picked up an illness – pneumonia or something – and I was in hospital for two or three days.”

He added: “I was struggling after about six miles. My breathing was not there. I wasn’t where I wanted to be. I wanted to run closer to 60 minutes but it didn’t happen, although luckily I didn’t drop out.

“Now I’m representing England in Cardiff so I’m looking forward to that.”

Aadan lives in the White City area of London and does his track work-outs at the Linford Christie Stadium as a member of Thames Valley Harriers. He has run 13:57 for 5000m and this year clocked 28:39 at the Highgate 10,000m but he believes his true potential lies on the roads and he ran his half-marathon PB of 62:34 as the No.1 British finisher (in 36th) at the IAAF World Half Marathon Championships in Valencia in March.

Right now he’s keen to run well at 10km and the half-marathon with possible Olympic selection on the track in Tokyo, but ultimately he’d like to follow Farah, who races in Chicago this weekend, into the marathon.

“We share the same origin,” he says. “We have been to training camps together. I’ve trained with him a couple of times and he always helps other athletes. He’s my role model, inspirational and the runner I look up to.”

Aadan only began to take running seriously in about 2011-12 – and it’s no coincidence that this coincides with the start of Farah’s global track dominance.

“Even after he moved into marathons it makes me want to as well,” Aadan adds. “I wasn’t such a perfect runner on the track but things are picking up now I’ve moved on to the roads.”

As for his marathon debut. “Maybe next year,” he says, “but I’m not in a hurry to run a full marathon. I think sometime in the future I have the potential to run 60-61 for the half-marathon and we’ll see what happens after that.”