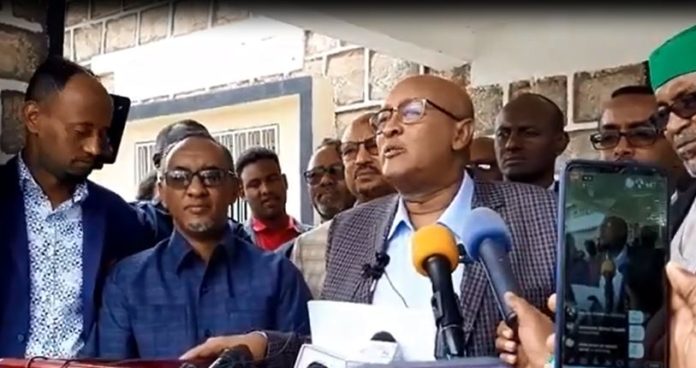 HARGEISA–The meeting between Somaliland President and the two main opposition parties ended without a result.

This was disclosed by Wadani party Chairman, Abdirahman Mohamed Abdilahi Irro on Monday.

Irro said that President Musa Bihi Abdi has rejected to dismiss the sitting Somaliland National Electoral Commission as the resolutions passed by the mediation council stipulated.

“We expected the president of what he has accomplished so far. He failed to dismiss the current Electoral Commission which means that he cannot implement the resolutions issued by the independent mediation committee.” Irro said

“The two main opposition parties are calling upon the sitting Somaliland National Election Commission to resign for the sake of the interest of the state so that election will be held at the earliest and possible time.”

Wadani party Chairman, Irro has also conveyed a stern message addressed to the mediation committee and the international community that they must take their role in pressuring the government to fulfill the resolutions.

The mediation committee called upon the immediate disbanding of new NEC members and the reinstating of the former NEC members.