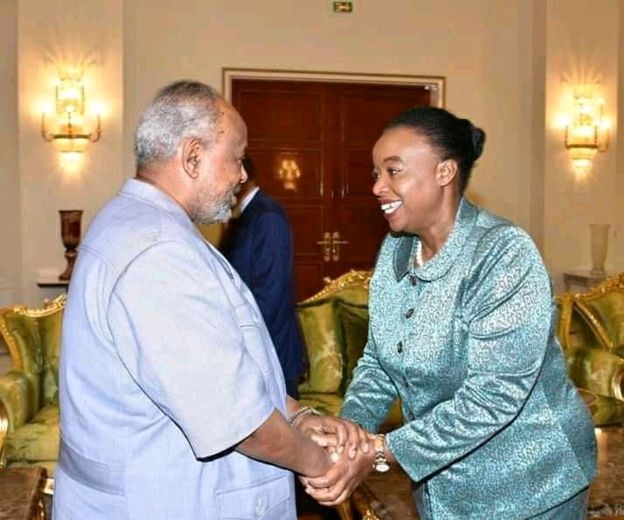 The Kenyan foreign affairs minister, Ms. Monica Juma has paid an official working visit to Djibouti on Wednesday. The FM met Djibouti Head of State, H.E Ismail Omar Geuleh.  The FM discussed with Djibouti president on regional security in the Horn but also the talks was raised on the diplomatic row between the two neighboring countries of Kenya and Somalia. Djibouti FM, Hon. Mohamed Ali Yusuf told the press corps that the discussion between Kenyan FM and Djibouti Head of State on the current diplomatic spat between Kenya and Somalia. Kenya resorted to the resolution of Kenya-Somalia spat at the security council to issue lasting resolve on the row. The only diplomatic leverage that Kenya has employed is to resolve the conflict with Somalia by means of talks rather than the issue to be put to rest by the ICJ.