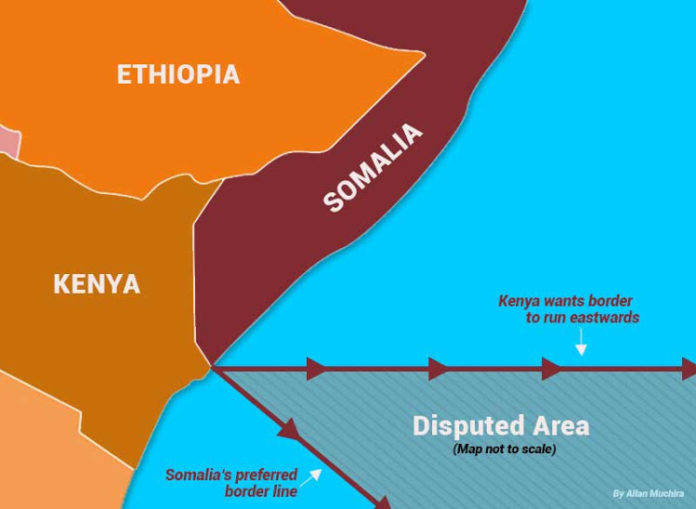 The International Court of Justice will hear the Kenya-Somalia maritime dispute between September 9-13 at the Peace Palace, in The Hague, Netherlands.

Through a statement on Tuesday, the ICJ said the first round of hearings will take place on September 9, when Somalia will make its submissions, while Kenya will respond on September 11.

Somalia will go first in the second round of oral arguments on Thursday, September 12, while Kenya will give its closing submissions on Friday, September 13.

This comes as the US on Tuesday backed Kenya’s push to have the matter solved through political negotiations rather than through the court, which is Somalia’s preference.

US Ambassador to Kenya Kyle McCarter told Citizen TV that his country is working to facilitate an out of court settlement.

“We are actively involved by willing to facilitate a settlement on this because I think a settlement is best because there is too much potential between the two countries. There is really the necessity that we succeed on the border and defeat al Shabaab,” Ambassador McCarter said.

“Two, there are trade opportunities between Somalia and Kenya that really need to be taken care of,” he said.

Although McCarter said it is not the US job to negotiate, he noted that Kenya and Somalia have the ability to “come together and be great neighbours”.

On Monday, Foreign Affairs Cabinet Secretary Monica Juma met US envoy in Somalia Ambassador Donald Yamamoto and discussed the recent developments between the two states. Ambassador McCarter accompanied him, among other US officials.

Yamamoto is one of the highest-level US diplomats in Africa, and until his appointment as the head of US mission in Somalia, he served as acting Assistant Secretary for the Bureau of African Affairs.

And this meeting followed an alleged Arab Parliament statement — which was shared by Somalia’s Ministry of Foreign Affairs — which told Kenya to keep off Somalia territorial waters. Kenya termed the communication as propaganda.

Kenyan officials have said they have enough evidence to argue their case in the ICJ.

Kenya wants the maritime border to run along parallel latitude southeast of Kiunga, while Somalia, on the other hand, is arguing for a diagonal line down the Kenyan Coast. This threatens to make Kenya a landlocked country, and risks losing 42 per cent of its territory.

Government documents show Somalia has since 1979 recognised and respected the boundary between the two countries along a parallel of latitude, as it is today.

This, however, changed in August 2014, when Somalia hurriedly filed a case at the ICJ. Kenya filed preliminary objection on the jurisdiction of the court in October 2015.

Kenyans officials say Somalia at no point did it report to the UN or Kenya of its dissatisfaction with the border, other than its objection to consideration of Kenya’s submission to the Commission on the Limits of the Continental Shelf.

The recent row was triggered by Somalia’s move to market oil blocks in the contested territory. 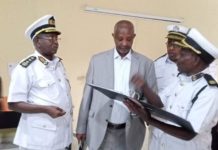