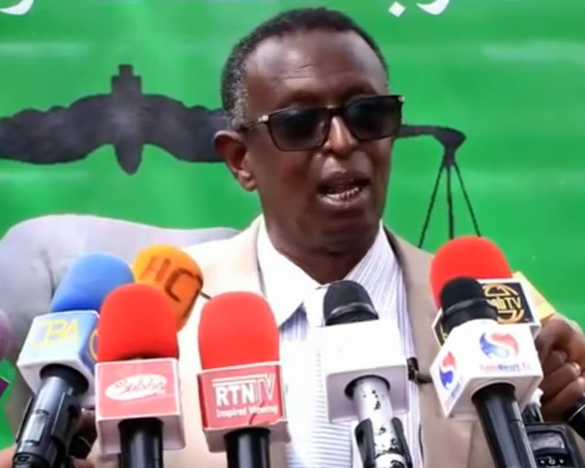 Opposition party UCID has condemned the political parties’ annual national government budget allocation which has been reduced in the 2020 financial year.

The Social and Welfare party, UCID, says though the deduction will not affect their operations, the decision was unwarranted.

Through UCID party’s secretary for internal affairs Maxamuud Cali Saleebaan Ramaax, The party has condemned the house of the representative’s decision to reduce the allocation for the political in the annual budget.

Political parties allocation has been reduced in the government’s annual budget allocation passed by the house of the representative this week.

The social and welfare party which is among the three political parties in the country see’s foul play in the decision made by the house of the representative’s finance committee.

The revised budget allocation affects all the political parties in the country; that is, the ruling party Kulmiye and opposition parties UCID and Waddani.

The opposition has been at loggerheads with the ruling party Kulmiye.

The two sides have disagreed on the members of the new electoral commission and the House of the representatives, as well as the house of elders whose time has been extended.

The 2020 financial year budget passed by the house of the representatives now awaits the president’s signature for it to take effect.