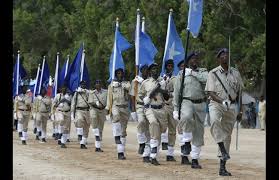 As any other country, the Federal Parliament of Somalia is the most important institution of the government for representing the people, making laws, preparing motions, exercising check and balance power over the two other branches of government (overseeing executive and judiciary branches of the government), confirming ministers and other important government officials etc. The Federal Parliament of Somalia has completely lost its legislative power. There are nearly 70 ministers and assistant ministers in the parliament intended to block any parliamentary measures dealing with the violation and overreach of the executive and judiciary branches. The oversight and accountability committee was dissolved recently by the executive branch to protect the rampant corruption, money- laundering and other missteps of the executive branch.

The independence of the three branches of government (legislative, executive and Judiciary) doesn’t exist anymore in Somalia and check and balances have been completely eliminated and the abuse of power is on the rise in Somalia. Check and balances is the fundamental principle of the government as each branch has some measure of influence over the other branches or exercising some power for blocking other branches from breaking or violating the constitution principles. It is clear that the powers of the three branches of government of Somalia are now all under the control of the executive branch ushering a new dictatorship in Somalia.

The agreements that the executive branch incurs with foreign countries is not sent to the parliament for debate on approval or disapproval. The speaker of the parliament, Mohammed Osman Jawari, was forced to resign after resisting government intervention. The government also waged war against presidents of regional administrations where some survived and others ousted. The regional president of Southwest was put in power after killing 15 civilians by Ethiopian troops.The president, Mohamed Abdullahi Farmajo, and the prime minister, Hassan Ali Khaire, are behind all these constitutional violations in order to have absolute power grip on the country.

The media is also banned to attend parliamentary sessions to block reporting parliamentary debate to the public. It is also banned from reporting the casualties of terrorist explosions by Al-Shabab to cover up the exact number of human casualties to hide the government failure to protect the public. Hunting and restricting the political activities of the leaders of opposition parties have become common to force them give up exercising their constitutional rights. Democracy, freedom of speech and freedom of press are becoming dead in Somalia. Extrajudicial killing of civilians by soldiers is becoming common. Human life, which is precious, shouldn’t be taken easily.

Armed forces who are assigned to defeat Al-Shabaab and restore peace and order in the country are denied of salary for several months even though it was meager before ($100.00 monthly ) while huge sums of public funds are daily corrupted or spent on Facebook groups and government supportive politicians to promote the reactionary regime in the country.

The people are deeply discontented with the current regime and want political change. The international community shouldn’t support the developing dictatorship in Somalia that could lead the country to disastrous situation much worse than the current troubled times of daily tragedies by terrorist organizations and that which would be much more difficult for the international community to handle it for bringing about unforeseen bloody civil wars and uncontrollable displacement of people. The country desperately needs urgent political change to avoid more calamities in the future. Somalia is still recovering from the devastation inflicted by the brutal dictatorship of Siad Barre and cannot afford another dictatorship. Dictatorships, brutalities and human rights abuses have no place in the 21 first century.