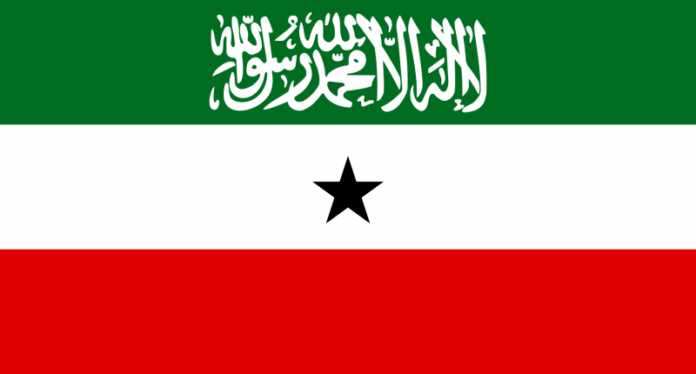 Three members of parliament (in Taiwan’s newest diplomatic ally, Somaliland), have demanded their government recognize the existence of Israel and establish relations with Tel Aviv.

Ahmed Mohamed Diriye Nac Nac, a member of Somaliland’s House of Representatives,
said it was important for Somaliland to recognize Israel. Nac Nac also said that Israel would not allow religious interference and would protect Somaliland.

If Somaliland enters into agreements and the making of bilateral ties with Israel (it could) open livestock markets for Israel companies leading to an exchange of embassies between the two countries Abdikadir indho Indho said, with Saed Elimi Roble adding that regardless of who supports Somaliland, including Israel, we (will) endorse it, but the Somaliland Government should recognize the existence of Israel and move to make ties

The possibility has come about after President Donald Trump said on Twitter Thursday that a “historic peace agreement” has been brokered between Israel and the United
Arab Emirates.

The announcement that Israel and the United Arab Emirates will establish full diplomatic ties, is part of a peace deal brokered by the US, and has aroused a range of reactions.

The United Arab Emirates became the first Persian Gulf Arab nation to reach a deal on
normalizing relations with Israel, capping years of discreet contacts between the two
countries in commerce and technology.

Until now Israel has had no diplomatic relations with countries in the region.

As per the agreement, in the coming weeks delegations from Israel and the UAE will
meet to sign bilateral deals regarding investment, tourism, direct flights, security,
telecommunications, technology, energy, healthcare, culture, the environment, the
establishment of reciprocal embassies, and other areas of mutual benefit.

Somaliland joined Germany, Egypt, Bahrain, Oman, the United Kingdom, France and the
United Nations in supporting the deal between Israel and the UAE, with the Somaliland envoy to Kenya, Bashe Omar Awil, saying the agreement is a good example of
alliances between regional countries that are interested in regional stability and
cooperation, and (that it) emphasizes eternal aspiration of reaching peace with neighbors.

“As a peace-loving people, we support the historic normalization agreement between
the United Arab Emirates and Israel in exchange for taking annexation (in the West Bank) off the table

The agreement is a good example of alliances between regional countries that are interested in regional stability and cooperation, and emphasizes eternal aspiration of reaching peace with neighbors,”

“While the peace decision remains basically a Palestinian-Israeli one, the bold initiative
of Sheikh Mohammed bin Zayed has allowed, by banishing the spectre of annexing
Palestinian lands, more time for peace opportunities through the two-state solution,”
Gargash added in a series of tweets.

“Developing normal ties in return for this is a realistic approach forwarded by the
Emirates,” he said. “The successful decision is to take and give. This has been
achieved.”

Jordan said that the UAE-Israel deal could push forward stalled peace negotiations if it
succeeds in prodding Israel to accept a Palestinian state on land that Israel occupied in the 1967 Arab-Israeli War.

“If Israel dealt with it as an incentive to end occupation … it will move the region towards a just peace,” Jordan’s Foreign Minister Ayman Safadi said in a statement on state media.

Egyptian President Abdel Fattah el-Sisi, a close ally of the UAE, also welcomed the
agreement. “I followed with interest and appreciation the joint statement between the United States, (the) United Arab Emirates and Israel to halt the Israeli annexation of Palestinian lands and taking steps to bring peace in the Middle East,” el-Sisi said on Twitter.

Oman said it backed the normalization of ties between the neighboring United Arab
Emirates and Israel, and hoped the move would help achieve a lasting Middle East
peace” while Germany’s foreign minister Heiko Maas said the deal “is an important contribution to peace in the region.”

UK Prime Minister Boris Johnson said on Twitter that: “The UAE and Israel’s decision to
normalize relations is hugely good news, It was my profound hope that annexation did not go ahead in the West Bank and today’s agreement to suspend those plans is a welcome step on the road to a more peaceful Middle East.”

French Foreign Affairs Minister Jean-Yves Le Drain meanwhile termed it a “positive step” while United States presidential candidate Joe Biden said: “The UAE’s offer to
publicly recognize the State of Israel is a welcome, brave, and badly-needed act of
statesmanship … A Biden-Harris Administration will seek to build on this progress, and
will challenge all the nations of the region to keep pace.”

French Foreign Affairs Minister Jean-Yves Le Drain meanwhile termed it a “positive step” while United States presidential candidate Joe Biden said: “The UAE’s offer to
publicly recognize the State of Israel is a welcome, brave, and badly-needed act of
statesmanship … A Biden-Harris Administration will seek to build on this progress, and
will challenge all the nations of the region to keep pace.”

But will Somaliland follow the UAE in formalizing ties with Israel? Only time will tell.