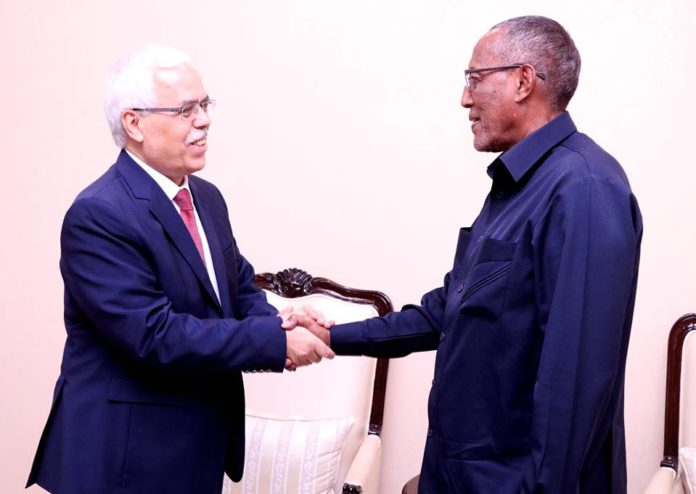 The president His Excellency Musa Bihi Abdi has on Monday received IRCICA Director General Dr. Halit Eren who has paid a courtesy visit to the republic of Somaliland.

The president and Dr. Halit Eren, held discussions on revamping of Masjid Al Qiblatayn, which is located in Zeila and was constructed shortly after the hijra in 627 A.D. The two sides have seen eye to eye on the rejuvenation of ancient sites that Somaliland is well-known for. They also discussed areas of cooperation between Somaliland and IRCICA on the development of Islamic culture and history which the center is focused on. The Director General of IRCICA, Dr. Halit Eren, has thanked for the reception that he was accorded to. He lauded the government and its populace for protecting its ancient Islamic sites and his arrival in the country is a sign that Somaliland has ancient culture.