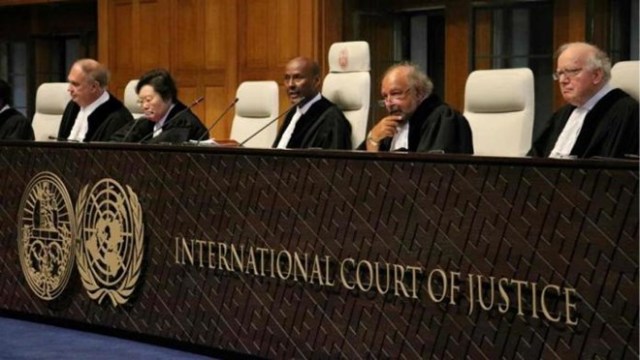 The Int’l Court of Justice has delayed a hearing into Somalia and Kenya’s maritime dispute for another 10 month’s following Kenya’s request.

Both neighboring countries claim an area in the Indian Ocean which is believed to be rich in oil and gas.

A letter sent by both parties states that the hearing scheduled for early June is now postponed to 15 March 2021 to due to fears of Covid-19.

Somalia’s Deputy Prime Minister, Mahdi Mohammed Gulied had said that Somalia objected to a new petition from Kenya asking to delay the hearing because of the virus outbreak.

Kenya had argued that the deadly coronavirus pandemic has wreaked havoc on its economy and its plans to defend itself.

Somalia requested from the ICJ to hold the hearing virtually using video technology.