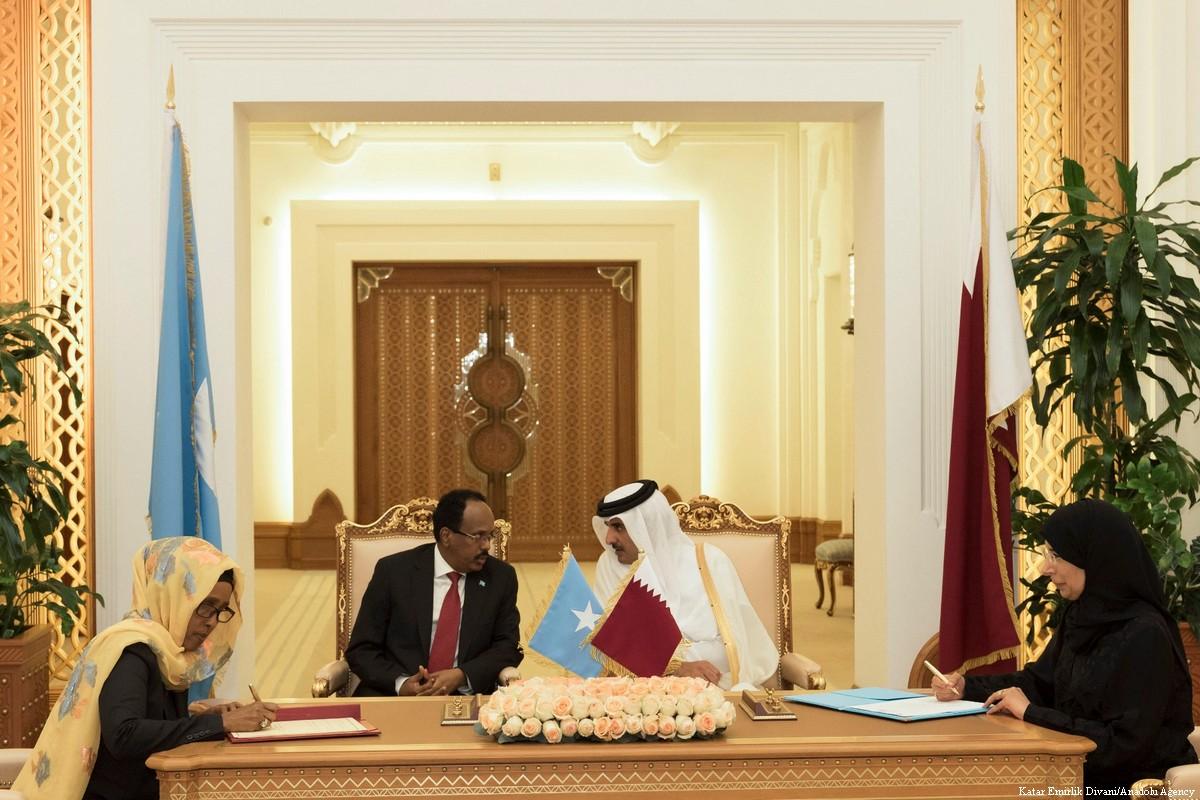 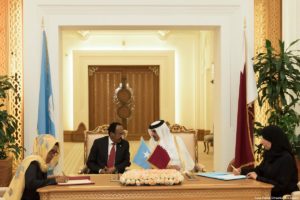 The impact of the anti-Qatar embargo continues to have strange consequences beyond the Gulf. Somalia is increasingly compromised by its schizophrenic approach to Saudi Arabia, Bahrain and the UAE on the one hand, and Qatar on the other, exacerbated by a fragile federal system in which constitutional responsibilities for foreign affairs are stated vaguely.

Somali President Mohamed Abdullahi Mohamed – better known as Farmajo — has tried to steer a neutral course between the two camps, even if Saudi Arabia had offered incentives for Horn of Africa countries to cut off ties with Iran in 2016 and, since 2015, to help with the conflict against the Houthis in Yemen. The UAE was initially sceptical, viewing many of the Somali leader’s key appointments as being too close to the Qatari point of view.

Over the past year, cracks have started to show internally. The argument was that there was more to gain from Somalia siding with the Saudi-UAE faction within the GCC. Critics of Farmajo cited migrant remittances, port opportunities and larger markets for livestock exports if Doha was rejected. Mogadishu held the cards though; under the constitution, only the federal government had the right to dictate foreign policy. The divide, forced upon Somalia by the actions of Riyadh and Abu Dhabi, risked straining the Somali constitution unnecessarily, in a country which is still very much in the state-building stage of post-conflict redevelopment.

Last August, the Puntland region in north-east Somalia argued that Farmajo had not consulted properly with its state administration about backing the UAE-Saudi factions, and publicly backed a new strategic relationship with their axis. As Omar Mahmood noted at the Institute for Security Studies, this was likely related to a decision by Dubai-based P&O Ports to sign a thirty-year concession for Bosaso port, which acts as Puntland’s main harbour and is a major source of revenue. Similar declarations soon followed from the South West and Galmagud administrations. Within days, the regional President of Galmagud was voted out of office by a pro-Mogadishu faction, further dividing the country as allegations of illegal meddling by the central government circulated. Even Galmagud was divided as supporters of Mogadishu clashed with opponents.

Original Emirati fears that Farmajo secretly favoured Qatar (and Turkey) appear to be far from ill-founded; he has brought the country closer to Doha and Ankara on several fronts. Meanwhile, many of his interventions since, including the seizures of cash and raids on officials’ homes, were justified by the idea that the UAE is sending money to his domestic rivals. DP World’s efforts to build a port in Berbera, in the breakaway statelet of Somaliland, have further enflamed internal tensions. Somali politics has come close to violence in recent months.

Should the federal system collapse, the likely winner, argued Crisis Group in a recent think tank report, will once again be Al-Shabaab. Ironically, it is this kind of extremist group upon which the UAE has built so much diplomatic capital by opposing.

It is fashionable amongst Middle East observers to say that speaking of the Sunni-Shia divide is simplified orientalism, and that local issues are far more important. Unfortunately, seeing the world through a Sunni-Shia divide is exactly how Riyadh and Abu Dhabi do things. What is going on in Somalia illustrates perfectly how their world view, defined fundamentally by being anti-Iran above all else, can be imposed on top of local rivalries and greatly exacerbate them. This anti-Shia world view is already causing real problems in Qatar, based on a tenuous claim that the ruling Al-Thani family is too close to Tehran. Qatar is rich enough and well connected enough on the international stage to be able to shrug off the siege for the time being.

Somalia has no such luck. The country is relatively poor, weakly governed and with a long history of fractious violence. Forced to choose between two camps abroad, it is dividing itself unnecessarily. Farmajo is attempting to address Emirati meddling with proactive measures, but is inevitably sweeping up rivals as he cracks down, adding to the divisions. The fact that there are two camps for Somalis to choose from is clearly down to Riyadh and Abu Dhabi’s reckless decision-making. What began with a siege on Doha may well not end there; Somalia’s future lies in great part on whether the GCC bickering can be stopped.