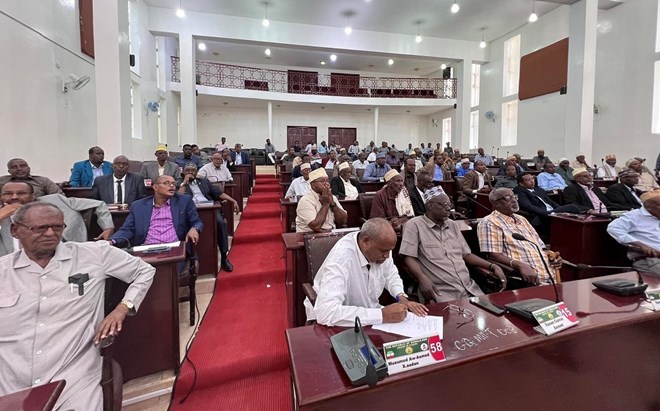 SL’s House of Elders has officially extended the incumbent President Muse Bihi’s term in office by two years on Saturday.

The House of Elders also extended its office mandate by five years.

Lawmaker Omar Nur Waye, the lone member who did not vote on the extension, said there should have been more dialogue before the decision.

Somaliland’s opposition parties said they would not accept an extension for President Bihi without consultation.

Last Saturday, Somaliland’s electoral commission announced that technical and financial issues meant the poll could not go ahead.

The commission did not set a potential new date, saying there would be “a nine-month delay from October 1, 2022.”

Muse Bihi Abdi was elected president of the self-proclaimed republic on the Horn of Africa on a five-year mandate in 2017, and the election was scheduled for November 13, a month before his term expires.