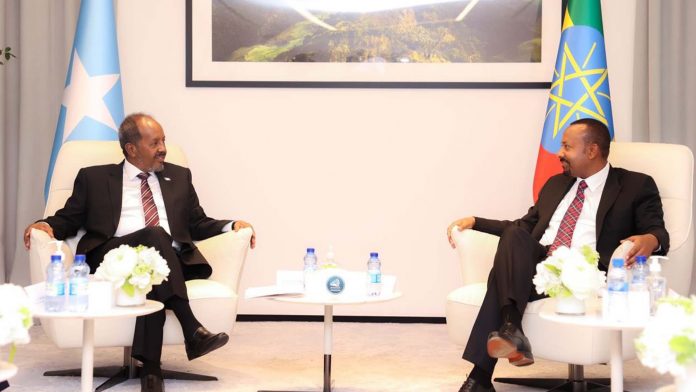 “The leaders call upon the UNSC to consider the request of the Federal Government of Somalia for the lifting of arms embargo imposed on the country for more than 30 years to ensure that Somalia is sufficiently equipped to effectively address the security threat posed by Al-Shabaab and other terrorist groups,” Ethiopian Prime Minister and Somali President said in a statement.

In a joint communiqué after a two-day meeting, the leaders of the neighboring countries said they had agreed to strengthen bilateral ties, months after Somali government’s move to restore relations with Egypt irked the Ethiopian authorities.