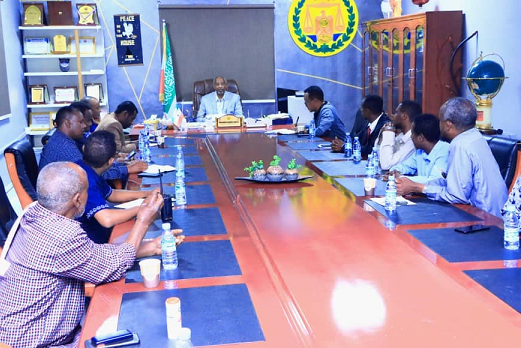 The Minister of Interior, Hon. Mohamed Kahin Ahmed, met with the Joint Committee for Water Tankers who downed tools at the Somaliland capital, Hargeisa, who were complaining about rising fuel prices around the world.

Hon. Kahin and the Water Tankers Committee agreed that the matter should be resolved and the disputes to end, such that the work of the water tankers should continue unabated until further agreements are reached. On the other hand, it was agreed that a final agreement be reached on Sunday morning, today, at the office of the Minister of Interior. The meeting to end the boycott will be attended by the Minister of Trade and Tourism Mohamud Hassan (Saad Saajin).

The meeting ended with an understanding, and the rest was agreed to be finalized come Sunday.

Meanwhile, the Minister of Interior Hon. Mohamed also met yesterday at his office, the Hargeisa City Bus Committee, who was complaining about the same issue of sharp increase in fuel prices.