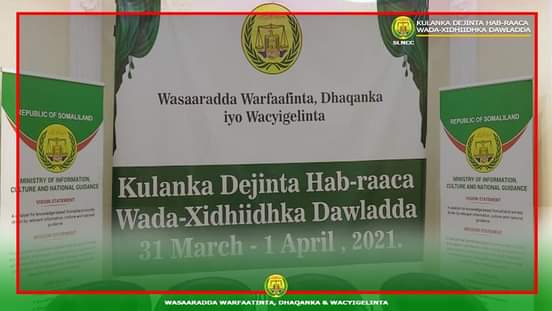 The Government departments and parastatal agencies have been advised to make use of the public media information systems as per procedural protocols.

A two day workshop to the effect of reminding the government institutions on their obligation of channeling information and associated disseminations through the public media was facilitated by the information departments at the end of the week.

The Director General of Information, Culture and National Guidance Mr. Mohamed Yusuf aptly reminded the participating officials of Law No. 71/2015 of administrative guidelines of the state and its institutions.

The officials were drawn from various government departments and parastatal agencies who were line directors of information and dissemination services.

They were reminded that the public media ought to receive from them, at the earliest possible time, whatever items or articles of news they needed to be disseminated.

This is first time such directives have been given at such forum which has been long overdue.

Public media, this paper included, usually is taken by surprise to find news emanating from fellow state institutions being disseminated by alien websites before they get the news as justified.