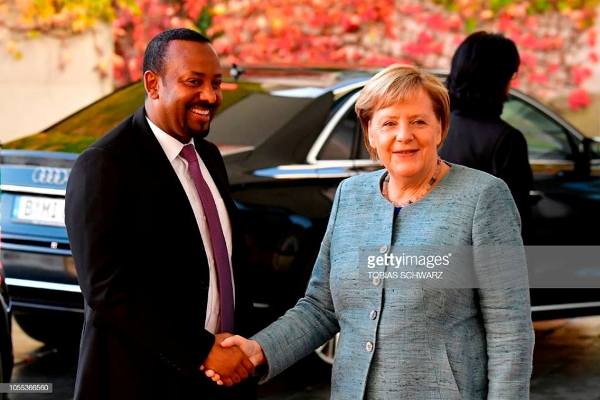 Prime Minister Dr Abiy Ahmed on Tuesday arrived in Germany on the second leg of his three cities Europe tour.

He was received by German’s Chancellor Angela Merkel.

The Prime Minister is expected to have bilateral discuss with Merkel shortly.

The Premier will address 25,000 Ethiopians drawn from different European countries in Frankfurt tomorrow.

Moreover, he will attend the second edition of the Compact with Africa (CwA) meeting schedule to take place later today. At least 12 African heads of state will also attend the event.

The CwA was initiated under the German G20 Presidency to promote private investment in Africa, including in infrastructure.

The CwA’s primary objective is to increase attractiveness of private investment through substantial improvements of the macro, business and financing frameworks.

The initiative is demand-driven and open to all African countries. Since its launch in 2017, the CwA has sparked great interest.