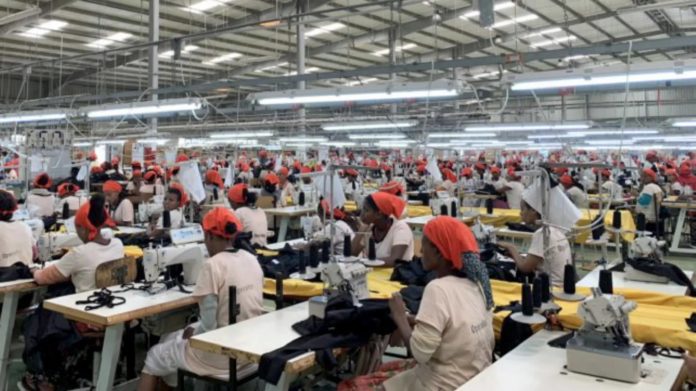 Itochu to boost productivity in African alternative to Asian workshops

Labor costs at textile plants in Ethiopia are lower than in Southeast Asia.

TOKYO — Japanese trading house Itochu will provide support for Africa’s textile industry, starting in Ethiopia, which has emerged as an alternative production base to Asia, Nikkei has learned.

Apparel production has been shifting from China to other Asian countries, such as Myanmar. But rising wages in Asia have increased the appeal of Africa, which offers substantial savings on personnel.

Itochu’s plans are believed to mark the first full-scale production by a Japanese company in the eastern African country of roughly 100 million. The average Ethiopian monthly wage of $50 is around a tenth that in China and well below the $100 to $300 levels of Southeast Asia.

Ethiopia’s low labor costs have prompted such Western brands as The Gap and H & M Hennes & Mauritz, as well as Chinese and Indian apparel companies, to make inroads there.

Itochu has signed a memorandum of understanding with the Ethiopian Textile Industry Development Institute on promoting the textile sector.

The company will dispatch its own employees in addition to five outside Japanese experts to two factories in northern Ethiopia’s Tigre region. The plants will make apparel for export to Japan.

Itochu handles clothing manufacturing, from spinning to sewing, in such bases as Vietnam and Myanmar. Using know-how acquired in Asia, it aims to quintuple Ethiopian manufacturing efficiency in three years by reviewing production steps and labor management. Equipment upgrades will also be considered.

An Ethiopian worker is said to produce only about a tenth as much apparel of a Chinese counterpart in a given time, thanks partly to China’s advances in training and mechanization. And while there are textile companies that export from Ethiopia to Europe, strict Japanese quality standards have kept continuous shipments to Japan from becoming a reality.

With the Tokyo International Conference on African Development coming up in Yokohama later this month, corporate Japan is expected to step up efforts to support industry on the continent.

Just 12 Japanese companies had a physical presence in Ethiopia as of October 2017, according to Japan’s Ministry of Foreign Affairs — far short of the 282 in South Africa and 54 in Kenya.