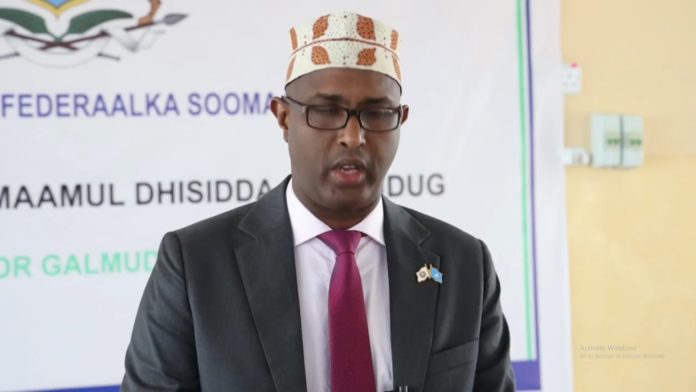 The Galmudug State reconciliation task force has unveiled a date when parliamentary and regional presidential elections will be held.

The Galmudug State Constituent Assembly which was formed to work towards having an inclusive reconciliation process in Galmudug state and bringing together all the communities released the much awaited parliamentary and regional presidential election.

The chairman of the Galmudug State reconciliation task force who held a press conference in Dusamareeb, said the task force is working on forming an inclusive reconciliation process that will essentially be a step towards the holding of the state elections.

In a press conference held in Dusamareeb the chairman Galmudug State Constituent Assembly on behalf of the committee said Galmudug parliament will be elected from November 29th to December 9th, while the speaker will be elected between 13th and 16 December 2019.

The election for the president and vice president of Galmudug will take place from December 17th to 23rd.

The committee has urged the federal government of Somalia and Ahlu sunnah wal Jamaca to reslove their dispute and a fruitful dialogue before the election date.

Failure to conduct the elections on the proposed dates will escalate the long-standing political crisis in Galmudug, where there has been frequent disagreement between the central government and Ahlu Sunna.
The moderate Islamist group, Ahlu Sunnah Wal Jama’ah (ASWJ), has in the recent past rejected and other times accepted the plan to be part of the government and cease being a militant group.

Ahlu Sunnah urged the federal government to seek for solutions from the Somali people through a legitimate process based on dialogue, understanding and acceptance, and to avoid using oppression, force and control.

ASWJ, which controls the capital of Galmudug state, Dusamareb, had signed a deal mid this year with the federal government after weeks of negotiations spearheaded by the Somali Prime Minister Hassan Ali Kheyre.