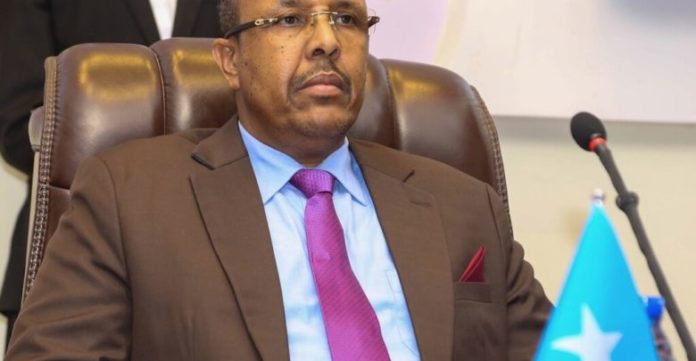 Former Puntland Parliament Speaker Abdihakim Dhoobo Daareed who had disagreement with State President Abdilahi Said Deni has been stripped of his parliament seat on Tuesday.

Out of 41 MPs present, 40 have voted in favor of the motion of expelling him out in a process marred by controversy which started with stripping his parliament immunity.
Darood was deposed as speaker of Puntland parliament in November this yearafter he had a fell out with Deni amid clandestine reports that he was getting a back up from Somalia’s Federal Gov’t.