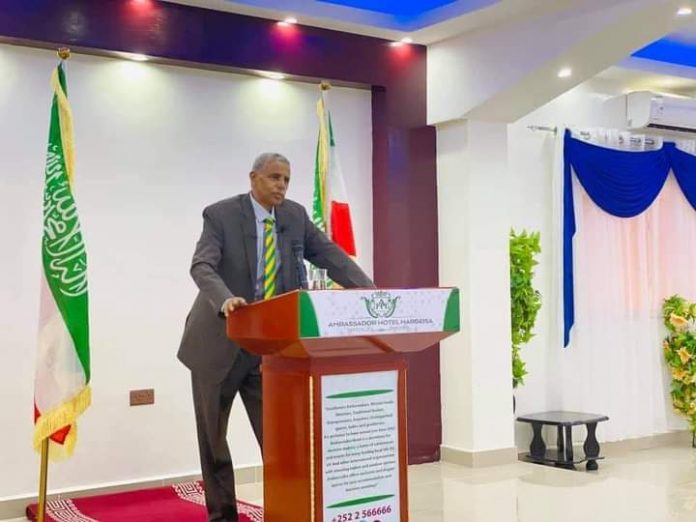 Ex- presidential affairs minister has dropped out of ruling party Kulmiye leadership race ahead of the 4th party convention which is due to take place in early October.

The former minister has made the announcement in a press conference held in Hargeisa.

Mahmud has leveled serious allegations against the incumbent president Musa Bihi Abdi of hijacking the party.

He also revealed that he has not submitted his intention to run for the party’s chairmanship post.

He blamed on President Bihi that he has failed to honor an agreement stipulating that once Bihi wins the presidency that he will hand over the chairman.

Hashi said that Bihi made the pledge in a rally prior to the presidential polls in 2017.