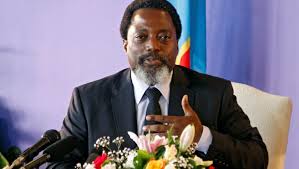 It remains unclear if Kabila will run for a constitutionally prohibited third term in the Democratic Republic of Congo’s two-year delayed elections.

Presidential hopefuls in the Democratic Republic of Congo (DRC) have until Wednesday to file their candidacy with the electoral commission ahead of an election in December.

The Congolese people are waiting to see if President Joseph Kabila will submit his documents to run again.

He is barred by the Constitution from running for a third term but has not openly declared his intentions.

Former rebel leader Jean-Pierre Bemba has submitted his candidacy to the electoral commission.

He returned to his home country after being acquitted of war crimes at the International Criminal Court (ICC) in the Netherlands, where he spent 10 years in prison pending his trial.