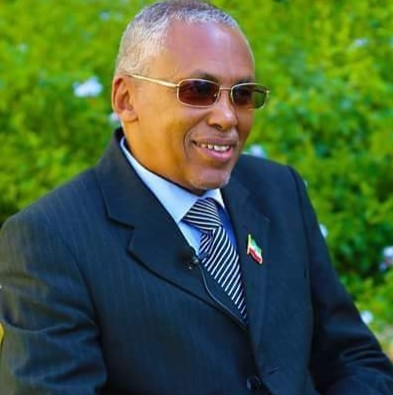 The minister of finance, the former foreign affairs minister, Dr. Sa’ad Ali Shire has made new revelations and said that the reason that Somaliland received meager amounts of money in exchange of granting military base to the UAE is that the lack of recognition has become the number one obstacle.

Dr. Sa’ad further said that the incumbent president Musa Bihi Abdi was not fully aware of the granting of the airport facility to the UAE while the president was apprised that the airport facility was leased days after assuming the presidency in which he won with a landslide victory. The minister repeated days after that the airport was granted to the UAE in exchange of development projects that the UAE pledged to implement in Somaliland. The minister has said in an interview that Somaliland leased the airport facility an in return will get road building, water and energy and opening UAE markets to Somaliland youth for employment opportunities. The current finance minister has further said that the agreement approved by the house of national assembly is in its archives. Dr. Sa’ad has also cited that the former house assembly speaker, Mr. Irro was the one who passed the agreement.