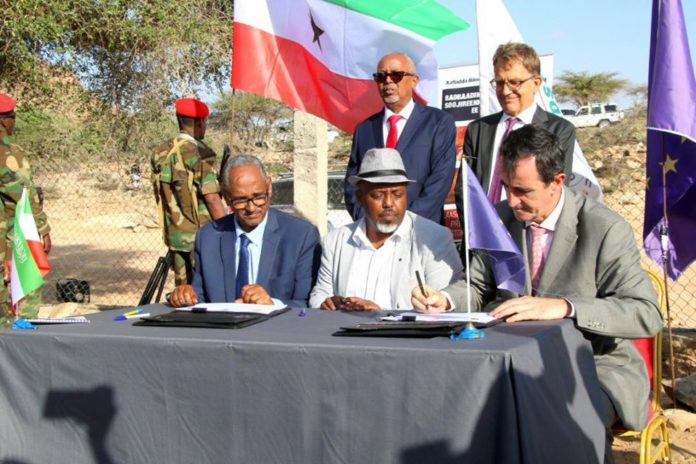 The project is funded by the EU in conjunction with the ministry of trade, industry and tourism.

The VP leading a delegation has paid a courtesy call to Laasgeel Heritage site which existed for more than 10, 000 years.

The VP has said that the public must join hands in preserving the heritage artifacts.

The EU led by its ambassador to Somalia, Nicolas Berlanga has signed an agreement with the ministry of tourism while the Hargeisa Cultural Center is carrying out the preservation project in Laasgeel.

pledged that the EU will help Somaliland to put Laasgeel into the UNESCO‘s World Heritage Site list before the end of this year. 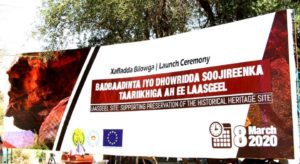 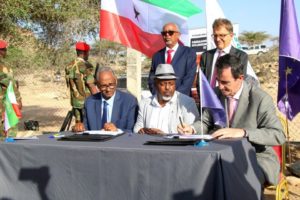 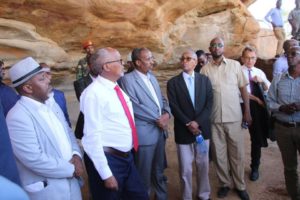 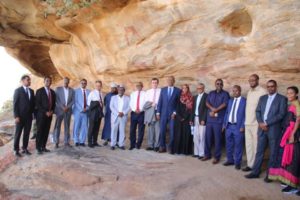