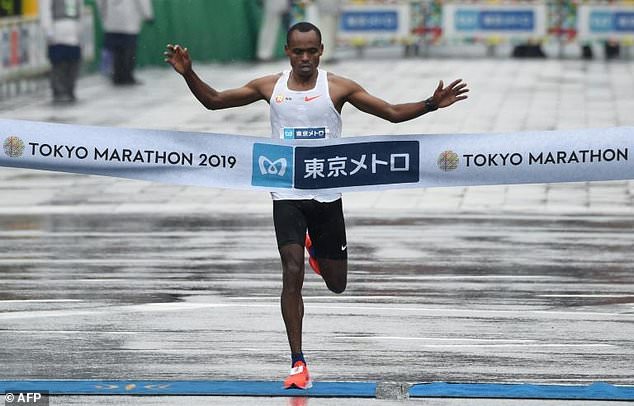 Ethiopia completed a double in the Tokyo Marathon Sunday as Birhanu Legese won the men’s race and Ruti Aga took the women’s title in unfavourable wet and windy conditions.

Legese, 24, who made an impressive marathon debut in Dubai in January last year, won in two hours, four minutes and 48 seconds — just 33 seconds slower than his personal best set in Dubai, but still the second-fastest ever run in Tokyo. 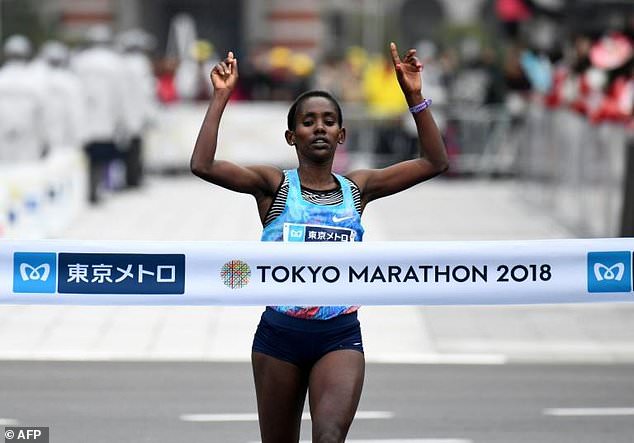 Kenyans completed the podium with Bedan Karoki coming home second in 2hr 6min 48 seconds and last year’s winner Dickson Chumba third in 2:08.44, more than three minutes down on his 2018 run.

“I’m very happy. Rain was a bit annoying but I’m very happy,” Legese said, adding he hoped to return for the Olympic Games marathon next year.

“I hope to run for the second straight year here,” he said.

In the women’s event Ethiopians swept the podium as Aga, 25, won in 2:20.40, 21 seconds ahead of Helen Tolao with Shure Demise a further four seconds behind in third.

Aga’s winning time was more than two minutes down on her personal best of 2:18:34 set in Berlin last year.

More than 37,000 took part in the 12th edition of the race which winds through the streets of Tokyo, including Japanese scientist Shinya Yamanaka who won the 2012 Nobel prize for work in cell programming.