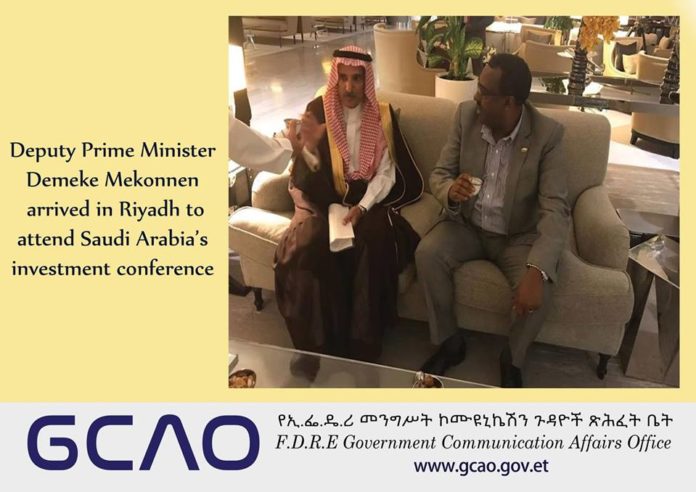 The three day summit, which runs from October 23 to 25, 2018, will deliberate on investing in transformation, technology as an opportunity and advancing human potential.

The forum brings together government and business leaders aimed at mapping out a “collective vision for future.”

The participants nicknamed it “Davos in the Desert,” which captures the lofty ambitions of the annual investor conference

Future Investment Initiative (FII), which participants nicknamed it “Davos in the Desert,” captures the lofty ambitions of the annual investor conference in the Arabian Peninsula.

The first forum was held in Riyadh in 2017, which was a featured discussion on artificial intelligence, crypto-currencies and climate change.

The FII aims to attract more foreign investment into Saudi Arabia and is an opportunity for companies to build relationships and secure lucrative contracts in the Kingdom.

The forum is organized by Saudi Arabia’s sovereign wealth fund. And is part of the country’s “2020 Vision”, an economic plan to diversify Saudi Arabia’s economy and reduce its reliance on oil revenues.