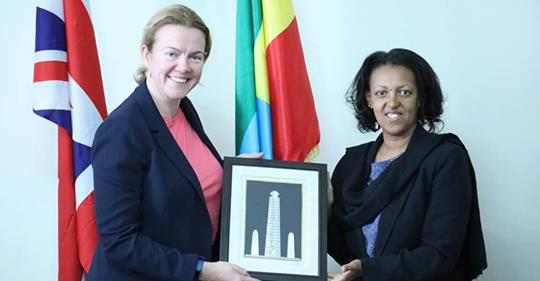 Ethiopia and the United Kingdom have agreed to expand bilateral cooperation and strengthen trade and investment, according to Ministry of Foreign Affairs (MoFA).

The two sides have agreed to expand cooperation between the countries.

The trade volume between the countries has reached 2 billion USD.

UK Minister Harriett Baldwin expressed her country’s continued commitment to support the efforts of ensuring regional peace, stability and economic integration in the Horn of Africa.

Ethiopia and the UK have enjoyed rich diplomatic relations covering a range of areas, including trade, culture, education and development cooperation.