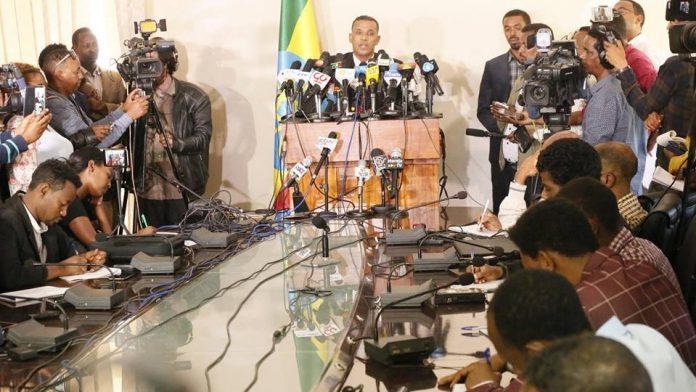 Police have detained a total of 63 individuals on suspicion of committing human rights abuses and corruption.

The remaining 27 individuals were detained in connection with serious corruption case.

He said the investigation carried out on the Metals and Engineering Corporation (METEC) have showed that an over $2 billion worth procurement was made without official bidding process from abroad between 2011 and 2017.

The Corporation also carried out billions of birr local procurement without officials bidding process, he said.

Moreover, the investigation on the June 23 bombing at a rally staged in Addis Ababa indicated that the attack was masterminded by the former head of the National Intelligence and Security Service (NISS) of Ethiopia, he noted.

He further said that seven secret detention centers were discovered in Addis Ababa.

According to the Attorney General, charges against the suspects will be filed soon.