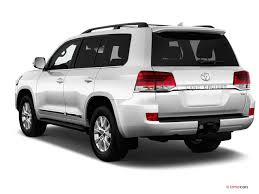 ADDIS ABABA. — The Ethiopian government announced on Tuesday it’s restricting use of luxury cars by federal government officials as part of a reform program to stop resource wastage and prevent unnecessary expenditure.

Haji Ibsa, Public Relations Head of the Ministry of Finance and Economic Cooperation (MoFEC), said the use of in particular the popular car model “V-8” in urban areas will be banned, reported state affiliated media outlet Dana Broadcasting Corporate.

The use of eight-cylinder V-8 model cars which are known for their high use of oil in urban areas has previously been criticised as a sign of wastage of resources and unnecessary expenditure.

As per the new directive, locally assembled fuel efficient automobiles will instead be provided to senior government officials to help them conduct official duties in urban areas.

Since assuming office in April, the administration of Prime Minister Abiy Ahmed has taken several measures to institute good governance and stop the wasteful usage of state resources.