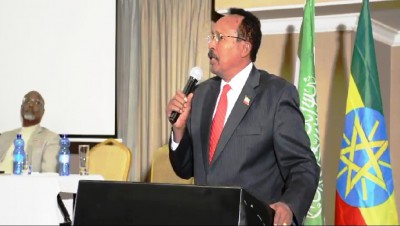 The Ethiopian government has granted scholarships for 306 Somaliland students in different level of studies.

The scholarship is granted to 200 undergraduate students, 100 postgraduate and 6 PhD students. It was noted that 60 of the students are females.

Somaliland’s Ambassador to Ethiopia, Ahmed Hassan Egal, during a welcoming ceremony to the students said that the opportunity that Ethiopia granted to Somaliland students scales up bilateral relations via culture and education and eventually boosts ties of the two brotherly countries at large.

He added that Somaliland is dedicated and committed to promote the friendship and cooperation between the two countries in education and public diplomacy sectors.

“The government of Republic of Somaliland and its people remain grateful to Ethiopia for granting the scholarship”, he noted.

One of the students assigned to attend his second degree in Addis Ababa university , Mahdi Ismael, on his part said that he is thankful for the opportunity that the Ethiopian government has managed to create to him and showed readiness to implement his knowledge in peace and security issues among the two countries and the continent as a whole.

During the occasion, deputy ambassador of Somaliland to Ethiopia, Deputy Minister of Education, Minister of Petrol and Energy and some other guests have briefed and delivered orientation to the students.

The relationship between Somaliland and Ethiopia in areas of security, economic, trade engagement and educational cooperation is strong and growing, Walta learnt.